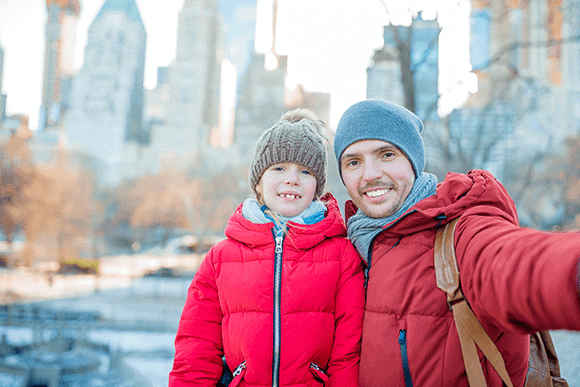 Governor Andrew Cuomo is standing by his commitment to eliminate the three-decade ban on commercial, or compensated, surrogacy in New York, one of two states in the nation that currently criminalize surrogacy.

On February 11, Cuomo and advocates for reproductive freedom launched the “Love Makes A Family” campaign (#LoveMakesAFamilyNY), which includes “creation of the Love Makes a Family Council, as well as a petition where New Yorkers can endorse the governor's proposal, a new campaign website, and video testimonials,” according to CNYCentral.com. Among the bill’s supporters was television personality Andy Cohen, a native New Yorker who recently became a father via surrogacy in California.

Cuomo frames ending New York’s surrogacy ban in part as an issue of LGBT rights. "New York was the first big state to pass marriage equality, and we are a national leader on LGBTQ rights," Cuomo said in a statement. Cuomo called it “shameful” that New York is one of the few states that do not allow “LGBTQ individuals and people struggling with fertility to use gestational surrogacy to start families."

As we wrote earlier this year, in addition to allowing gestational surrogates to be compensated for their time and pregnancy-related expenses, the proposed bill would institute the nation’s strongest protections in a “surrogates’ bill of rights” and streamline the second-parent adoption process required for non-biologically related parents to establish parental authority.

Cuomo’s administration has been pressing for these reforms for some time. In June 2019, the New York State Senate passed the bill, only to watch it run up against unexpected resistance from feminist activists and State Assembly progressives, as reported by The New York Times, and as we wrote about last year.

If supporters succeed in ending New York’s surrogacy ban in 2020, Michigan will be the only remaining state that criminalizes compensated surrogacy. However, unfortunately, that doesn’t mean the other 49 states are equally supportive of assisted reproduction and LGBT parentage. For example, in Indiana, Arizona and Nebraska, while surrogacy is technically legal, surrogacy agreements, which establish the rights and obligations of all parties and cover such issues as embryo reductions and early terminations, cannot be legally enforced. Louisiana, which historically had no surrogacy laws on the books, passed a law in 2016 restricting surrogacy to married heterosexual parents using their own genetic material. South Dakota, where surrogacy has historically been permitted, is currently the target of out-of-state anti-surrogacy forces looking to try and ban surrogacy in that state for a second time since 2012, the same forces that have fought pro-surrogacy legislation proposed several times in Minnesota, and the same forces that crop up and insert themselves into the debates wherever surrogacy legislation is proposed.

The variability of reproductive and parentage laws from state to state, and the continual, ongoing efforts by activist legislators to change state laws, create a minefield of uncertainties for intended parents, which is why consultation with an attorney experienced in U.S. ART law is essential.

Governor Cuomo’s continued support is encouraging to thousands of New Yorkers who face infertility and to same-sex couples who hope to become parents, even as new states move to enact restrictions. As the history of the civil rights and LGBT rights movements demonstrates, often the law must change before citizens’ hearts, minds and behavior are changed. As changes in the law make assisted reproductive technologies such as surrogacy more accessible to more people, public opposition to bans will grow. Organizations such as the American Bar Association and its Assisted Reproductive Technology (ART) Committee, of which I am a past chair, have been been critical in helping to pass uniform, common-sense state laws safeguarding the rights of surrogates, intended parents and, most importantly, children born via ART. With determination and hard work, we are confident New York will succeed in enacting those safeguards in 2020.