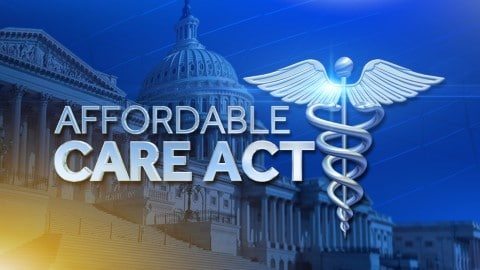 Even as technological advances make creating a family via assisted reproductive technology easier and safer with more reliable result, it remains inaccessible to many people for one simple reason: money. Although government regulators and the insurance industry have shown some progress toward covering fertility treatment, the amount and criteria for coverage varies widely from employer to employer, from state to state and from country to country. Now the implementation of the Affordable Care Act in the United States creates even more confusion: since the ACA leaves it up to each state to define Essential Health Benefits (EHB), states that previously mandated coverage of some fertility treatments may no longer do so, and what are considered EHB may change following the trial years of 2014 and 2015.

As ART has become more common and more sought after, some health insurers have begun offering limited coverage for fertility treatments, but the type of coverage and the criteria under which it is provided are all over the map, leaving intended parents to navigate a hodge-podge of insurance options. According to a September 2014 National Public Radio segment, citing a 2013 study by human resources consulting firm Mercer, 65 percent of U.S. employers with more than 500 workers cover a specialist evaluation for infertility, and 41 percent cover drug therapy. Only 27 percent cover in vitro fertilization. Thirty-two percent offer no type of coverage for infertility.

This dearth of coverage leaves many infertile couples, to say nothing of single or same-sex intended parents, with a terrible choice. A single round of in vitro fertilization, in which an egg is fertilized with sperm outside of the womb, in a lab, can cost between $15,000 and $25,000; a single egg donation cycle $18,000 to $20,000 additional. Financially strapped intended parents whose health insurance does not cover IVF and egg donation costs too often feel pressure to maximize the odds of a successful pregnancy by having more than one embryo implanted—they simply cannot afford to come back for a second or third round.

Even among the 15 U.S. states that now require insurers to offer some degree of coverage for infertility treatment, the scope of mandated coverage varies widely from state to state and in many states omits services for single or gay or lesbian intended parents, The New York Times reports:

In Arkansas, Hawaii, Maryland and Texas, for instance, coverage is required only if a woman’s eggs are fertilized with her spouse’s sperm, according to Resolve [The National Infertility Association], a consumer advocacy group, which lists all of the states’ requirements. So single women, unmarried partners, men with sperm issues and married lesbians with medical conditions causing infertility are excluded.

Other large insurers provide coverage only if the infertility is the result of a medical problem, requiring the intended parent to attempt to become pregnant naturally for a prescribed period of time or via in vitro fertilization, at the intended parent’s expense. Again, women who are not medically infertile but are using in vitro fertilization with donor sperm are not covered. Even in states where some degree of coverage for fertility procedures is mandated, the laws apply only to health plans that are regulated by the state, The New York times reports:

Large employers, which are typically self-insured, are not subject to the rules because they are federally regulated.

Now health care professionals, fertility specialists and intended parents are eyeing the potential impact of the Affordable Care Act, for better or worse, on fertility treatment coverage—and there is as yet no definitive answer, according to the Times report.

The Affordable Care Act did little to expand infertility coverage, experts said. While exchange plans require coverage of certain essential benefits, the act allows the states to define those terms. “In states that do not require plans to cover infertility, they rarely do,” said Karen Davenport, director of health policy at the National Women’s Law Center. “They are mostly doing the minimum.”

The list of essential health benefits (EHB) that must be covered under the ACA is only broadly defined; the states are left to fill in the details, according to the Resolve website:

Under ACA, the U.S. Department of Health and Human Services (HHS) required states to develop a state-specific benchmark plan (such as the largest small group HMO in the state). States that mandated coverage for infertility treatment prior to Dec. 31, 2011 “which was applicable to the state-specific benchmark plan selected by the state,” must require the same coverage in 2014 and 2015.

Connecticut, Hawaii, Illinois, Massachusetts, New Jersey, and Rhode Island chose benchmark plans that include some degree of infertility treatment. Arkansas, on the other hand, based its benchmark on the third largest small group plan in the state, which does not cover infertility treatments; in other words, Arkansas does not define fertility services as an essential health benefit.

Beyond 2015, things could change again. Should HHS change the way EHB are determined in 2016 and after, fertility services could be deemed in excess of EHB, and states including the coverage could be required to pick up the tab.