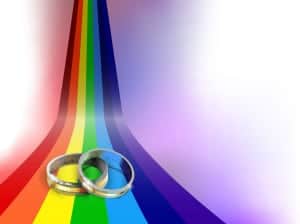 The U.S. Supreme Court released two majority decisions this morning that will have a profound impact for many of our clients and on the lives of LGBT people throughout California and the United States.

In a 5-4 decision, the Court overturned the federal Defense of Marriage Act, or DOMA, on the grounds that it singled out for special treatment an entire group of people. The Court’s decision was based on the fact that under DOMA the marriages of gay and lesbian people, married in a state where same-sex marriage was legal, were not recognized under federal law, whereas marriages of heterosexual couples in those same states were recognized. The Court’s DOMA ruling does not change the laws in any state—each state retains the right to determine whether same-sex marriage is legal under its law. However, this morning’s ruling certainly does pave the way for future legal challenges to state laws banning same-sex marriage. Perhaps even more importantly, it means that legally married same-sex couples will now be treated the same as heterosexual married couples in the areas of Social Security benefits, U.S. taxes, immigration policy, and scores of other ways in which married couples benefit financially and legally under federal law.

While it’s not the “whole tamale” in sweeping scope that the Brown v. Board of Education decision of 1954 struck down laws legalizing segregation nationwide, the Court’s striking down of DOMA is a historically significant step—a game-changer—in the direction of equality for LGBT people.

In its second marriage decision of the morning, the Supreme Court ruled that the parties who appealed the 2009 Federal District Court decision overturning the anti-gay marriage Proposition 8 all the way to the Supreme Court did not have the legal “standing” to do so. In other words, the state of California, which had legal standing, declined to defend Proposition 8 on the grounds it was unconstitutional, and attorneys and anti-gay activists supporting Proposition 8 were not directly harmed by its overturning, and thus did not have standing. In this decision, the Court again refrained from a ruling that would change any existing state law other than California’s. The immediate impact is that same-sex marriage, legalized by the California legislature in May 2008 and banned by 52% of California voters approving Prop 8 in November 2008, will resume again in California almost immediately. Here, too, future legal challenges to bans on same-sex marriages in other states will certainly reference the California decision.

For our gay and lesbian parents and intended parents, for children of LGBT parents, for LGBT youth who face fear and invalidation in the face of socially permitted discrimination, for all of us who believe all people deserve equal treatment under the law, this is a banner day. The war is not won, there are more battles yet to come, but in the face of such overwhelming evidence that societal norms have shifted as the Court demonstrated today, one has to believe a corner has been turned, in the right direction.