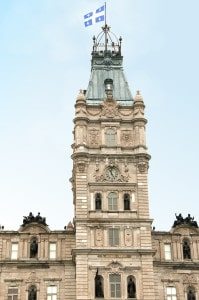 In August 2010 the Canadian Provence of Québec began offering free in vitro fertilization (IVF). Since that time the government of Québec has spent $120 million to fund the program. Even though the average cost per fertilization cycle has dropped, due to the overwhelming popularity of the program the number of women undergoing the procedure has risen significantly—prompting complaints that the government has underestimated costs and that the availability of the service has made Québec a “medical tourism” destination.

As of January 2012, the average cost per cycle, which includes hormone injections to stimulate the ovaries, egg retrieval, fertilization and embryo transfer, dropped from $7,100 to $4,600.

The criticism has resulted in heated debate within Québec over whether to continue the program in its current state. As it stands, there are no age or health status restrictions, and only a three-month residency requirement in order to qualify for the government-subsidized service. Critics propose restricting eligibility to only those people who have a medically diagnosed infertility condition. Québec’s current policy of offering free IVF service to anyone with a “carte soleil” (a Medicare card) is described by critics as “an open bar.”

The head of the Fédération des médecins spécialistes du Québec, Gaétan Barrette, claims that the no-criteria rule is costing taxpayers a lot of money and expressed concern that medical tourism is taking hold in Québec.

“We’re at the dawn of medical tourism,” Barrette said, as women from other Canadian provinces are coming to Quebec to benefit from the fully covered assisted reproductive treatments paid for by a public health system.

Barrette suggested that individuals who have undergone elective procedures such as tubal ligation or vasectomies should not be eligible for the free service.

Restricting the program to those with biological infertility conditions would have obvious negative ramifications for same-sex couples, for whom IVF is often a means of becoming parents. Barrette made his position on the issue quite clear:

While single mothers and same-sex couples make wonderful parents, homosexuality is not an illness, said Barrette.

Barrette’s statement signals that he and other critics may use rising costs of the program as justification for excluding same-sex couples from a taxpayer-supported benefit.

A team of consultants headed by Robert Salois, head of the Québec Health and Welfare Commission, will study the province’s current assisted procreation program to determine if changes need to be made. The team will evaluate all aspects of the program through a multi-disciplinary lens including clinical, scientific, ethical, social, legal, organizational and economic perspectives, with a report of findings projected for 2014.