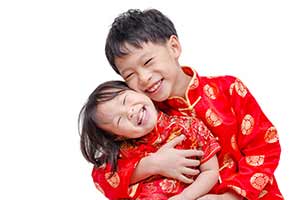 I have the great honor of traveling next week to China and Japan to talk to members of the LGBT communities there about assisted reproductive technology and the legal considerations for same-sex intended parents, joined by my colleague Sandy Chuan of the San Diego Fertility Center.

We will be speaking to an anticipated audience of 350 prospective parents at events by Shanghai Pride, China’s only known LGBTQ pride organization, and PFLAG China.

As we predicted, assisted reproductive technology, or ART, has become a hot topic in China since 2013, when the nation began easing its one-child-per-family population control policy in place since 1979. As Asian News Network reports, since the beginning of 2016, all Chinese married couples may legally have a second child—an additional 90 million couples. But half of those women now eligible to have a second child are age 40 and over, leading more to seek fertility treatment. Even with the second-child policy in place, Chinese authorities continue to place strict limits on who is eligible for assisted reproductive services, according to a New York Times report:

According to the National Health and Family Planning Commission of China, assisted reproductive technologies are denied to “single women and couples who are not in line with the nation’s population and family planning regulations.” Even married women must provide proof of marriage, a license to give birth and evidence either of infertility or of medical treatments that could impair fertility, such as chemotherapy….

Assisted reproductive technology is still viewed negatively by much of the Chinese public and distrusted by authorities, Wang Hongxia, a researcher at the Shanghai Academy of Social Sciences, told the New York Times. “So the solution was to ban them at the cost of reproductive rights for certain groups, like unmarried women.”

In addition, Ms. Wang told the Times, “The idea of women having babies out of wedlock is in conflict with the sense of moral order within the society.”

Likewise, Chinese public opinion may not yet have caught up to the burgeoning global LGBTQ rights movement. Earlier this year, Taiwan legalized same-sex marriage, an event all but ignored in Chinese mainland media. Although China treated homosexuality as a mental disorder until 2001, it is not against Chinese law to be gay, as Reuters reports. Social, cultural and familial pressures encourage marriage and children as the norm, despite the existence of thriving gay scenes in the cities.

Citing Sun Wenlin, whose landmark case last year seeking permission to marry his boyfriend was rejected by a Chinese court, Reuters reports, “Trying to gauge the extent of support for gay rights in China is difficult as no proper polls are published.”

Yet many advocates expect even Mainland China’s socially conservative government to legalize same-sex marriage within the decade. As Chinese social mores change and images of LGBT parenthood become more acceptable, ART professionals can expect explosive demand from prospective parents in China. For the short run, I’m thrilled to have the privilege of sharing the possibilities of reproductive freedom with an audience certain to be hungry for the news.