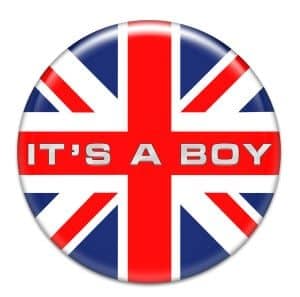 A do-it-yourself project around the house is one thing, a do-it-yourself insemination of a surrogate is quite another —and can lead to a host of unintended and unfortunate legal consequences—as one recent U.K. court case shows.

In the case, a woman (intended mother) who had undergone a hysterectomy and could not have children asked an unmarried friend to be a surrogate, whereby the intended father’s sperm was used to inseminate the surrogate (i.e., the surrogate’s eggs were used, and she carried the child). When the surrogate arrived at the hospital to give birth, hospital officials asked for a surrogacy agreement, which the married couple hastily had a lawyer draw up.

Unfortunately, surrogacy contracts are not legally enforceable within the U.K., and it is illegal for lawyers to charge to draw up such agreements. (By contrast, reproductive lawyers in the United States routinely craft surrogacy contracts.)

Soon after the baby boy’s birth, the married couple began having problems in their relationship and separated. During this time, they compounded their already-complex legal problems when they neglected to obtain a parental order transferring legal rights of parenthood from the surrogate mother to the intended mother; by law this order must be requested within six months of the baby’s birth or the surrogate mother remains the legal mother. In this case, the consent forms required for a parental order were not lodged with the court until 7 and ½ months after birth.

As a result in this unfortunate case, a 3-year-old boy is now officially a ward of the court leaving one to wonder: Is this really in the best interests of the child? Instead of full parental rights for the intended mother, the court granted her a “shared residence order,” which essentially allows the child to enjoy the benefit of its intended parents…but requires them to “share” responsibility for the child because the surrogate is still deemed to be the legal mother.

We may be tempted to conclude that U.S. laws make more sense, but that would be the wrong lesson. The problems in the U.K. case began at the moment of conception, and they would have been problems in the United States as well. Because the formerly married couple used a friend for the insemination, they didn’t bother to go to a licensed medical professional or fertility clinic, which in both the U.K. and U.S. would have precluded many of the legal problems that later ensued. The specifics of a U.K. system that fails to recognize the legality of surrogacy agreements, as well as the couple’s and hospital officials’ misunderstanding of the law then compounded the problems for all parties involved… yet if the intended parents had carefully followed the U.K. laws, they could have both secured their full parental rights.

I can’t emphasize enough the importance of retaining experienced legal and medical counsel to guide intended parents (and surrogates) through every step of the process. After all, a do-it-yourself home-repair job gone bad can be a headache, but a DIY surrogacy arrangement can have a lifelong impact on the well-being of those you love most.