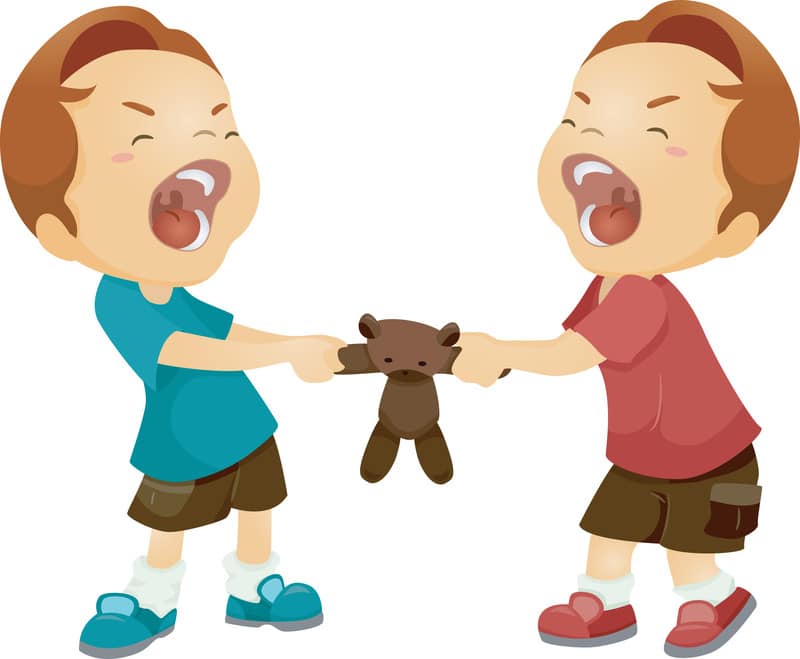 As a dad with my spouse, Tommy Woelfel, of two twin boys born via egg donation and surrogacy, I’m often asked what it’s like raising twins. Some people speculate that raising two babies would be easier than having your children spread out more; others find the prospect of facing all the challenges of infancy, the “terrible twos,” boyhood and adolescence for two kids at the same time to be terrifying. Our boys are seven now, and to me, it’s never felt like double the work. It’s always been double the fun…but sometimes double the stress.

One thing that has gotten more challenging as they have gotten older is the brother-on-brother arguments—lots of boy energy and competitiveness.

One of their recurring fights is which side of the car they sit on. The morning routine may have gone perfectly—breakfast, getting dressed for school, etc., but as soon as we are headed for the car, the battle is on.

A couple of weeks later, enjoying a peaceful ride to school, the skies suddenly opened, and there was light: “I can use this for everything,” I realized. For example, the perennial fight for the remote during their allotted TV-watching time: Both love all the shows they watch, but it was always a battle over who controlled the remote and called the channel changes. No longer is this the case.

Even/odd days: Such a simple yet powerful solution. It satisfies our boys’ need for fairness, and it has brought a welcome measure of peace and harmony into our daily routines.

For more about our journey to becoming a family via assisted reproductive technology, read
Who's Your Daddy? How Gay Dads Decide Whose Sperm to Use.