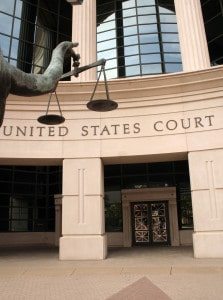 The U.S. Supreme Court may have ducked a decision last summer to rule once and for all on the legality of same-sex marriage around the country, but its June 2013 decision in United States v. Windsor set the stage for the issue’s repeat appearance in front of the high court. Judging by recent events, that time may come sooner than even many LGBT advocates could have seen coming.

The last half of 2013 and the first months of 2014 brought a flurry of activity in the legalization of same-sex unions, but what’s new in the past few weeks is that the rulings are taking place in traditionally conservative states and even taking on a somewhat Southern flair: U.S. district court judges in Utah, Oklahoma,Virginia and Texas have all declared that their state constitutional amendments banning same-sex marriage are unconstitutional.

Furthermore, the attorneys general in many of these states—most recently AG’s in Kentucky and Virginia—have studied Windsor and decided that they cannot defend their states’ marriage bans, concluding that they don’t have a strong legal leg to stand on.

Michigan could be the 18th state to allow same-sex marriage in a matter of days, when a court rules on a case in which two lesbian nurses are seeking to overturn the state’s ban so that they can marry and adopt each others’ children.

According to USA Today, “State and federal district court cases could be decided soon in Arkansas, Idaho, Michigan, North Carolina, Oregon, Pennsylvania, Tennessee and West Virginia. … In all, nearly 50 cases are pending in 26 states.”

Add these to the 17 fairly liberal states—California, Connecticut, Delaware, Hawaii, Illinois, Iowa, Maine, Maryland, Massachusetts, Minnesota, New Hampshire, New Jersey, New Mexico, New York, Rhode Island, Vermont and Washington, and the District of Columbia—all of which have already legalized same-sex marriage,and it seems we truly are at a watershed moment.

The decisions in Utah, Oklahoma,Virginia and Texas have all been stayed for the time being, so no marriage licenses are currently being given out to same-sex couples in those states. (About 1,300 LGBT couples legally wed in Utah before a stay was granted.) It seems just a matter of time before one of them—or one of the myriad other cases pending—ends up back at the high court.

And when that happens, the Supremes will be hard-pressed to dodge a definitive decision on same-sex marriage again.