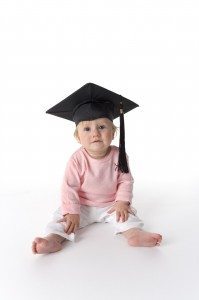 18 Mar You Could Have Paid for College

Hindsight is 20/20. A paternity case involving a sperm donor and a Miami lesbian couple who became parents via artificial insemination has created a media stir recently.  According to news reports, it was the understanding of the sperm donor, a gay man, that he would have a parental relationship with the child. He wanted paternity rights and a visitation schedule. The two moms did not.

Allegedly, there had been a verbal agreement (an oral contract) between the parties, but no documentation of any kind. Thus, a lengthy and expensive legal battle ensued.

All of the cost, time, effort and hurt feelings could have been avoided had there been a properly executed sperm donor agreement in place. Such documentation would define parental rights, determine the role of each person involved, and work out the details before anyone became pregnant. It would include specific information and instructions so that all parties understood the parameters of their relationships with the child and serve as a legal record in the event of any future disagreement or misunderstanding.

Although the scenario is quite different, this case hearkens back to the case we commented on earlier of the Kansas sperm donor who acted altruistically to help two women conceive a child, only to have the state come after him for financial support when the couple separated and sought public assistance for the child. At the core of that case is the same original error—the parties relied on a verbal agreement, without benefit of legal counsel, and without putting into place a properly executed sperm donor agreement in accordance with the laws of the state.

With the clarity of hindsight, the Miami sperm donor’s lawyer was quoted as saying, “All of the parties involved in this could have funded the little girl’s college tuition—and paid their attorneys instead.”

Thinking proactively and taking steps to clarify your legal standing before you begin the process of assisted reproductive technology is ultimately the best thing you can do for your child.