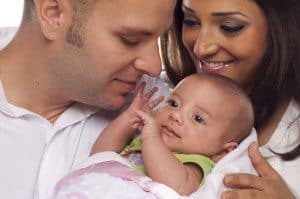 Not so long ago, in vitro fertilization caught the rap for rising numbers of multiple births, resulting from the once common practice of implanting multiple embryos in order to improve the odds for achieving a live birth. Anyone remember “Octomom”? Even in 2009, when the single mother of six made international headlines for giving birth to eight babies resulting from IVF treatment, improved reproductive technology had reduced the need for implantation of multiple embryos, and standard practice (since 1998) was to limit the number of embryos implanted to a maximum of two or three. The treating physician in that case was expelled from the American Society for Reproductive Medicine (ASRM).

The number of multiple births in the U.S. has continued to rise, and 46% of births resulting from IVF are multiples. Although the number of babies per IVF birth has dropped, today most of those multiples are twins. The next goal of professionals in the field is to reduce the number of twins.

According to the CDC’s 2010 data, the most recent year available, increasing numbers of women under age 35 who receive IVF treatment undergo elective single-embryo transfer (eSET), while the number of embryos implanted went up with the women’s age.

ASRM updated its guidelines for IVF in 2013 to recommend that intended mothers younger than 35 and in good health be offered single-embryo implantation (eSET) and suggested that no more than two embryos be transferred in any one procedure. Women ages 35 to 40 may receive two to three embryos due to the increased difficulty of conception.

Now the push in the field of assisted reproductive technology is to reduce the number of twins. Even though risk drops with the number of babies per birth, twins still have a higher risk of premature birth, of hospitalization, and of problems with brain and nerve development, according to the ASRM Fact Sheet on “Complications and Problems associated with Multiple Births.” Mothers of twins also face more complications during pregnancy, including higher risk of pre-eclampsia, hypertension, toxemia and diabetes.

One challenge physicians face in reducing the number of twins born via ART is financial. Each cycle of IVF treatment performed in the United States costs an average of $12,400, according to ASRM. Some intended parents resist physician advice to undergo single-embryo transplantation with economy in mind—a double embryo is “twice the bang for the buck.” Popular perception is that twin births are relatively safe.

ART is improving by leaps and bounds. New technologies such as chromosome testing and freezing of embryos, although they add to the per-cycle cost, also improve the odds of achieving live birth. As the risks of IVF drop and the probability of pregnancy increases, more and more intended parents will gain confidence in single-embryo implantation. If the U.S. government and insurers finally accept the premise that the ability to have a family is a health and wellness issue and cover the cost of ART, as is the case in many countries, perhaps one day money will no longer be the thing that pushes intended parents to accept the higher risk of twins.

For more information about U.S. multiple births due to fertility treatment:
http://www.asrm.org/Newest_Assisted_Reproductive_Technologies_Outcomes_Data_Released/