I had the great honor recently to represent the American Bar Association and its Assisted Reproduction Technology Committee at the first International Surrogacy Conference, hosted last month by Cambridge University’s Selwyn College, the American Bar Association Section of Family Law, and the International Academy of Family Lawyers. The conference brought together academicians, attorneys, judges, regulators and fertility specialists from nations including UK, France, Australia, South Africa, New Zealand, Netherlands, Switzerland and the U.S.

The ABA formed its ART committee in 1987 in an effort to develop best practices and model legislation aimed at protecting children and families impacted by this rapidly and still-evolving area of law. I chaired the committee from 2013 through 2018. Fellow committee chairs Steve Snyder, who served in the role for seven years prior to my term, and Dean Hutchison, who succeeded me, also participated in Cambridge.

Unfortunately, as surrogacy has become more common, unethical practices, exploitation of surrogates and/or intended parents and even trafficking of children also has persisted, partly because of nonexistent or uneven legal regulation. The purpose of the conference, then, was to address the following questions:

As founder of a law firm focused exclusively on assisted reproductive technology law, I along with the team at International Fertility Law Group have represented thousands of intended parents from all over the world. Part of that experience has been witnessing first-hand the immense stress, expense and emotional turmoil that too often are the cost when intended parents are forced to seek surrogacy abroad. 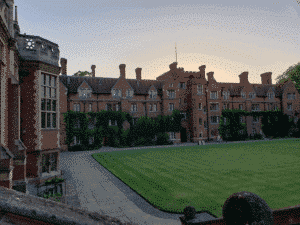 One of the most compelling presentations at the conference came from Dominique and Sylvie Mennesson, who continue in their battle in to establish parentage and win full citizenship in their native France for their twin daughters born to a surrogate in California in 2000.

We first wrote about this case in 2014, when a ruling by the European Court for Human Rights, required France and the other 46 ECHR member nations to automatically recognize the parental rights of parents who have a genetic connection to their children born through surrogacy abroad, and grant citizenship to the child. That ruling was based on the Mennessons’ case and that of another family that had undergone surrogacy in the U.S. As we wrote then:

The 2014 ruling mandated that France must recognize the parental relationship of parents who have genetically related children via surrogacy in other countries. French children born abroad via surrogacy would receive passports and French identity cards and would be able to request certificates of French nationality.

But the 2014 ECHR ruling left it to the discretion of individual countries to determine how to establish parental rights of a non-genetic intended parent of a child born via foreign surrogacy.

In France, at least, the ECHR ruling led to a July 2017 ruling by the Cour de cassation, or the French supreme court, establishing a three-part process that non-biological intended parents must follow to establish parental authority. As we reported at the time:

The convoluted process the French court ruling has imposed upon intended parents, although it clarifies French parentage law, is a setback in the wake of several European Court of Human Rights rulings that have tended to treat recognition of parental authority and citizenship for children born abroad via surrogacy as basic human rights….

Nearly two decades after it began, the Mennesson’s battle to obtain full legal recognition for their family in France continues to this day. In 2006, the family established Association Clara, which now has over 2000 members, to defend all children born through surrogacy and promote legalization of surrogacy in France. Most recently, the family has been fighting to have a 2011 decision denying Sylvia’s parentage re-examined in view of recent changes in French law. In 2017, after the children had been living in France for 16 years, they were finally granted French citizenship. Still, however, France continues to deny them legal recognition of their parent-child relationship, which most certainly is not in the best interest of these children (now 18 years old).

The significance of the high-profile Mennesson case is the light it sheds on countless, nameless families all over the world for whom the miracle of parenthood by surrogacy is marred when their precious offspring are rendered stateless or parentless as a result of arcane or invasive laws—a story destined to be repeated again and again, all over the world, until humane and consistent laws are put in place. Even in our age of technological miracles, we must still grapple with the most basic questions of what constitutes a parent, what constitutes a family, and how citizenship is determined. While the participants of the first International Surrogacy Conference were not able to resolve all those questions in June 2019, we did begin the essential global conversation that will ultimately lead to expanded opportunities and equal protections for all families.