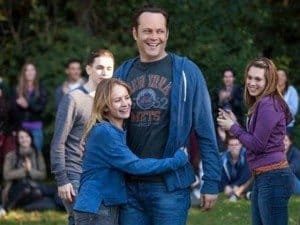 In the movie “Delivery Man,” Vince Vaughn stars as a Joe Sixpack sort of guy who delivers meat for his father’s company and whose pregnant girlfriend doesn’t want him around. Cue fate, and he finds out that via sperm donations he made some 20 years ago, he has fathered 533 children, 142 of whom are suing to learn his identity. Aghast, he enlists an attorney friend to defend his right to privacy, but can’t resist the temptation to learn something about his offspring as well.

The premise is funny, and in the end turns out to be a tale about what it means to be a father. But even though the Delivery Man’s conceiving 533 conceiving progeny is an exaggerated scenario, the movie highlights a true-life situation that is becoming increasingly common—and that can result in serious, unintended consequences.

Credible sperm banks limit the number of donations any one sperm donor is allowed to make to between 10 and 25. To help prevent the danger of a donor contributing at multiple banks, sperm banks are in the process of establishing a national registry, as reported recently by NBC News. But sperm banks’ efforts to limit the number of offspring from a single donor is far from fail-proof. The New York Times reported in 2011 on one donor who fathered 150 children, raising concerns about increased chances of genetic illnesses or other inherited health issues.

Perhaps the more problematic issue is emotional. Just as it has become more and more common for adoptees to seek out their biological parents, likewise many children conceived via sperm or egg donation feel a need to know more about where they came from. And it is a population that is growing by leaps and bounds, as portrayed in the new MTV docu-series “Generation Cryo.” (See our recent post on this new show.)

Accurate records of donor health histories are essential to this growing field of medicine, and for the protection of children. But where there are records, there is the potential for identification of donors. This field of law is still evolving, the rights of donors to privacy weighed against the right of children to know their biological parents. In the future we may see it becoming more socially accepted for donors to be publicly identified and for children conceived via assisted reproductive technology to be public about their heritage as well.

As they say art imitates life. Movies such as “Delivery Man” and TV shows such as “Generation Cryo” offer an opportunity for public discourse about previously taboo topics. Healthy discussion creates familiarity, eases stigma, and, it is hoped, will encourage thoughtful consideration before taking the serious step of becoming a sperm or egg donor.