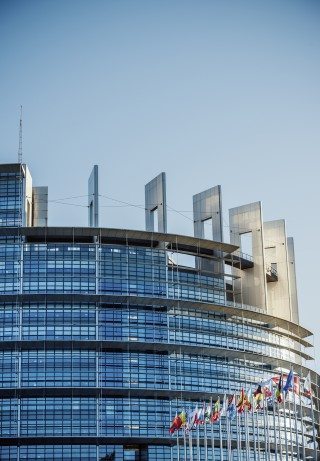 In its most recent ruling on families formed via assisted reproductive technology, the European Court of Human Rights has condemned Italian authorities for removing a child born to an Italian couple via surrogacy in Russia and placing the child in guardianship. In a heartbreaking twist, the ECHR stopped short of returning the child to his intended parents, citing the emotional attachment the child had formed with his foster parents with whom he was placed in January 2013.

But the ECHR did come down soundly on the side of the intended parents and levied stiff fines on the Italian government both for damages and to reimburse legal expenses. The ruling adds to the growing body of European Community law upholding the rights of intended parents via international surrogacy, even where surrogacy is illegal in the parents’ country of residence.

In its January 27 decision, the ECHR held that Italy violated the parental rights of Donatina Paradiso and Giovanni Campanelli, a married Italian couple, who had a child conceived via in vitro fertilization by a Russian surrogate. According to a report by Italian news site The Local, the baby boy was born in Moscow in February 2011, and the intended parents were registered as his parents under Russian law. Although the Italian Consulate in Moscow provided the documents allowing the couple to take their baby back to Italy, when the parents attempted to register the child as their own the same Italian Consulate reported that the baby’s birth certificate was fraudulent. Later a DNA test showed that the father was not biologically related to the baby, although the couple claimed to believe the father’s sperm had been used in the IVF procedure. The baby was removed from the intended parents, placed in a home where the IPs had no contact, and in January 2013 placed with a foster family. In its ruling, the ECHR said the Italian state had violated the couple’s right to respect for private and family life protected by the European Convention on Human Rights. The Italian government was ordered to pay the intended parents €20,000 for non-financial damages and €10,000 for costs and expenses.

We have reported on a series of ECHR and European national court decisions in recent months, all of which point to growing support for the rights of intended parents and greater consideration for the security of families created via surrogacy and the wellbeing of the children born via ART.

In dual decisions last June said to impact all 47 members of the Council of Europe, the ECHR ruled that France, where surrogacy is illegal, could not deny citizenship to children of French intended parents born via surrogacy in other countries. Less than a month later, a Spanish court ordered authorities in that country to grant citizenship to the children of Spanish intended parents who had children born to surrogates in other countries, including in the case of a gay Spanish couple who had a child via surrogacy in San Diego. In December, the German Supreme Court ruled that authorities must recognize children born abroad via surrogacy as the legal offspring of their German intended parents, although some questions remain about the scope of the decision.

While the legal wheels turn frustratingly slowly, they are turning in the right direction. Every time the media spotlights one of these decisions, telling the stories of the real families behind the headlines, the issues become more familiar and less threatening. That bodes well for a future in which all families are respected and protected.