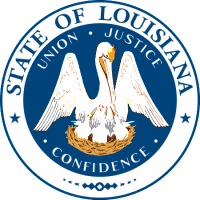 Recent efforts by Louisiana lawmakers to bring clarity to the state’s surrogacy laws have gone from bad to worse. In 2013, SB 162, carried by a state senator who, with his wife, has two children born via surrogacy, was passed out of the legislature only to be vetoed by Governor Bobby Jindal, who sided with religious conservative opponents.

This time around, the sponsor of a similar bill, HB 187, enlisted the support of the Louisiana Family Forum, a right-wing conservative organization that campaigned vociferously against SB 162. But the bill passed the Louisiana House 79-14 earlier this month and has been referred to the Senate Committee on Judiciary A.

HB 187 places severe restrictions on what kind of surrogacy is allowed and what kind of intended parents are allowed to participate; and, under HB 187, those who undertake surrogacy not in accordance with the law could face stiff legal penalties.

Gestational surrogacy would only be allowed for a man and a woman, married in accordance with Louisiana law, using their own genetics.

Louisiana law currently does not address at all the legal rights of parents, surrogates or children born of surrogacy. Surrogacy is not illegal, but surrogacy agreements are not enforceable in Louisiana courts. The surrogate is deemed the legal mother of the child, and the intended mother has no parental rights, even though the embryo may be the biological child of the intended mother and intended father.

Clearly these lapses in the law need to be corrected.

Under HB187, Louisiana’s courts only would oversee surrogacy contracts made by a legally married man and woman who contribute their own genetic material. In other words, it would exclude gay or lesbian couples as well as couples trying to contract with a surrogate using donor eggs.

The lengthy amendments also would set up gestational surrogacy data collection for details about the embryo transfer, the birth, the medical reason for the surrogacy and other information.

The data would go to the state’s vital records registry. The identities of the surrogate and the parents would remain confidential.

Here are comments from Equality Louisiana (EQLA), a non-profit advocacy group for LGBT rights, about AB 187 as amended and passed out of the Louisiana House:

Financial compensation to the surrogate would actually constitute a “sale of a child” under Louisiana law.

In addition to establishing a flawed legal framework for gestational surrogacy only, the bill now does the following:

1) Adds some additional anti-gay language—intended parents are now not just "married persons," they are "a man and a woman married in accordance with Louisiana law." This despite the fact that same-sex couples still cannot actually use the form of surrogacy that this bill provides for because each partner cannot donate gametes—it's purely to make sure everyone knows the legislative intent is to exclude same-sex couples.

3) Establishes a data collection program to record medical information about surrogates and intended parents, information about doctors involved with procedures related to surrogacy and what procedures they perform, and directs the Department of Health and Hospitals to create penalties for failing to report such data.

HB 187 would allow surrogates to be compensated for medical, legal and travel expenses and for lost wages in the event the surrogate was put on bed rest during the pregnancy—but any other financial compensation to the surrogate would actually constitute a “sale of a child” under Louisiana law.

Developments such as these in Louisiana, sadly, remind us that unrestricted reproductive freedom, whether for LGBT people or for those who are unmarried, single or infertile, is not yet won.