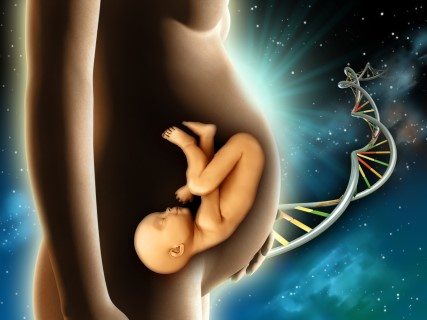 Britain’s Parliament voted this week to allow strictly limited use of a new fertility treatment that would allow women with a certain type of genetic disorder to become mothers without danger of passing the often life-threatening condition to their offspring.

A human cell consists of two types of DNA—nuclear DNA, which constitutes about 99.9% of cellular DNA, and mitochondrial DNA, which represents only about 0.1% of the DNA contained in a human cell and comes from the mother’s egg. A woman whose mitochondrial DNA is faulty can pass on to her children one of more than 200 genetic diseases, which may manifest in infancy or later in life and are incurable. An estimated one in 4,000 children born in the U.S. is born with some type of mitochondrial disease, according to the Mitochondrial Disease Foundation, as reported by NBC News. Rather than take that chance, many women with mitochondrial conditions opt not to have children.

Of course, any reference to genetically altered embryos generates lots of publicity and creates controversy. The media quickly latched on to the misnomer “three-parent babies” because the technique uses eggs from two women and sperm from one father. However, as my British colleague, fertility law attorney Natalie Gamble, writes, “Three ‘person’ IVF it may be, but this is not three ‘parent’ IVF; the mitochondrial donor passes none of her genetic traits to the child, just the power to help the cells function normally.”

The other term tossed around in mass media is “designer babies”—the oft-predicted, sci-fi scenario in which advanced genetic engineering technology is used to produce made-to-order babies, with intended parents offered a menu of choices ranging from gender to hair and eye color to mental acuity. That is not what this technology does. The measure passed by Parliament, which must also be approved by the House of Lords, strictly limits the experimental use of the technology only for specific mitochondrial disorders, and even then each clinic must apply and be approved to use the technology on a case-by-case basis. The U.S. Food and Drug Administration held a two-day hearing on the new technology last year and is considering allowing its use, according to a report by Science Magazine.

What mitochondrial transfer technology has the potential to do, someday, is remove a heart-wrenching choice many women with mitochondrial disease are forced to make: to risk passing along a potentially fatal condition to their children and their children’s children, or to give up on the idea of having a genetically related child. Many intended parents with family histories of genetic disease already opt for the use of donated eggs or sperm. This latest development simply offers a more finely tuned option—one that will allow a woman with mitochondrial disorder to have a child who is genetically related to her without fear of causing harm to her child or to future generations.