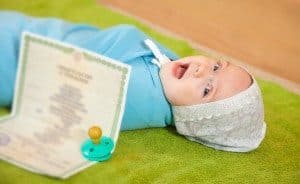 Effective Jan. 1, 2016, birth certificates of babies born in California will no longer identify a mother and father but will instead use the gender-neutral term “parent,” with check boxes after each parent’s name signifying “mother,” “father” or simply “parent.” Parents of children born prior to Jan. 1, 2016, will be able to retroactively change their children’s birth certificates to the gender-neutral terminology.

The new law, AB 1951, introduced by Assemblymember Jimmy Gomez in February, sponsored by Equality California and signed by Governor Jerry Brown on Sept. 15, means that California birth records will more accurately reflect family structures. According to the U.S. Census, more than 15,000 California same-sex couples are parents. Currently, the only option for same-sex couples or transgender parents is to designate one parent as “mother/parent,” the other as “father/parent.”

Although the change in law may seem at first glance to be merely a clerical detail, in many situations it can be critically important. For families seeking to enroll children in school, establish authority to make health care decisions, or cross national borders, the birth certificate is an essential document.

Currently California law requires a single father who is having a child via surrogacy to be listed in the first “parent” line of the birth certificate as “mother/parent.” In all likelihood this was instituted by California as a way to make birth certificates gender-neutral. However, with the best of intentions, it sometimes creates awkward or even potentially dangerous situations. For some single dads going home with their babies to other countries, having a male listed on the birth certificate as “mother” could raise bureaucratic red flags. Amending the birth certificate to list the single dad via surrogacy as the child’s father currently requires court approval. Likewise, in parts of the United States and the world where same-sex marriage is not legal or recognized, something as simple as the gender discrepancy between female “father” or male “mother” could provide authorities with justification for denying access to services or parental rights. The changes implemented under AB 1951 will eliminate questions and should improve the safety and legal security of non-traditional families.