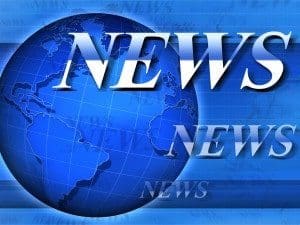 A number of high-profile cases of malfeasance or unethical activity related to international surrogacy have recently made headlines worldwide, fueling negative misconceptions. Such cases, while exceedingly rare, surface from time to time, and each time they crop up, misconceptions are fueled by knee-jerk reactions and lack of knowledge. As attorneys in this field, the members of the ART Committee will be called upon for, and indeed should be proactive in providing, careful, thoughtful responses to address these cases and use them as opportunities to educate the media and the public.

Unfortunately, such negative reports fuel the societal stigma, religion-based disapproval and misperceptions about the role of surrogates that exist in many parts of the world. All too often, the reaction from governments, lawmakers and citizens is to suggest or even enact severe limitations on surrogacy—on who is allowed to become a parent via surrogacy, on how and where donor and implantation services may be carried out, on which party becomes legal parent to the child born of surrogacy, and on how the citizenship of that child is determined. One such reactionary solution is to implement an international convention on surrogacy, similar to the Hague Convention on Adoption.

But rather than improving surrogacy practices and protecting individuals, the unintended consequence of imposing stringent limitations on surrogacy is to make it less accessible to those who most need it, motivating them to seek services through extra-legal networks.

Therefore, it is essential that ART attorneys and fertility service professionals be prepared with thoughtful, factual responses when the next surrogacy scandal hits the media.

One Bad Outcome Does Not Mean Surrogacy Should Be Banned - Most Surrogacies Have Tremendously Affirming and Positive Outcomes.

First, it is important to point out that cases of malfeasance or unethical practices in surrogacy are exceedingly rare—the exception rather than the rule. Even though cases with positive outcomes (for intended parents, surrogates, and the resulting children) outnumber those with bad outcomes by thousands to one, sadly it is the bad outcomes that attract the lion’s share of publicity.

It is also important to note that when these sensational cases occur, the facts are rarely clear from the outset; new information develops as investigations proceed—yet the media is quick to pounce on the most salacious details, often with greater concern for getting the “scoop” than with getting the facts straight.

As knowledgeable professionals, it is our responsibility to educate the public and the media that, for the vast majority of surrogacy cases, in which full disclosure of potential risk, clearly defined parentage rights and responsibilities, and the informed consent of the surrogate are documented in properly executed legal agreements, surrogacy is a highly positive experience for all participants.

It is our responsibility to remind the public and the media that the fact there are people who misapply a process does not mean the process itself is bad or inherently flawed.

To ban surrogacy is, in essence, to ban a fundamental human right of procreation for individuals who cannot procreate naturally because of a medical condition, because two partners are of the same gender, or because an individual wishes to conceive in the absence of a partner. In fact, in many of the cases that have made headlines recently, intended parents legally prohibited from having a child via surrogacy in their own countries have sought surrogacy services in countries where no laws governing surrogacy existed at all. In other words, it was government’s restrictions on surrogacy that created the situations in which the surrogacies ended badly.

Claims that Surrogacy is Fraught with Coercion and Exploitation

Some constituencies call for a ban on surrogacy entirely, calls typically renewed every time negative headlines surface. Yet it is each individual society that is best equipped to define ways to protect its citizens against potential abuses, as the definitions of “coercion” and “exploitation” may vary from society to society. If we fear coercion and exploitation of surrogates and intended parents or misuse of the international surrogacy market itself, then the ideal solution would be for each nation to develop an approach to protect all parties who participate in such arrangements rather than ban these arrangements altogether.

As knowledgeable professionals, we experience in practice how a properly drafted surrogacy agreement will cover many of these issues, including a range of medical developments, such as the detection of birth defects or illness in the embryo. We also know that management of the pregnancy is a matter which should be thoroughly discussed and negotiated between intended parents and surrogates as part of the matching process, and it should be determined based on the parties’ respective personal beliefs in conjunction with applicable law and addressed in the written agreement between the parties.

Additional cries for heavy screening of intended parents to pre-determine their “suitability” as parents, or cries that intended parents shouldn’t just be allowed to change their minds or abandon babies, or calls for doing more to protect the children are also common. Sadly, bad people and bad things happen with natural procreation as well – and we have systems and laws and procedures in place to handle this. When surrogacy occurs in a jurisdiction in which it is legal, pre-screening is typically done prior to entering into an agreement and includes medical evaluations, psychological evaluations and criminal background checks. In natural procreation, as with surrogacy, the child’s protection is that, if he or she is born to a parent who is unfit (for any reason), the government steps in after birth to remove the child from the environment and terminate the genetic parents’ rights and in the case of abandonment, placing the child with adoptive parents. Such situations are extremely unfortunate and especially discouraging when they happen in surrogacy, but there are child-protection systems already in place to address them.

Would An International Convention on Surrogacy Make Matters Worse?

Regulation of international surrogacy as a proxy for other issues in the international private law sphere surely will have unintended consequences as well. The Hague Convention on Adoption, enacted with the best of intentions, has had the unintended consequence of virtually ending adoption among the signatory nations, resulting in delays of up to eight years to adopt a child, along with attendant uncertain outcomes. The enactment of an international convention governing the terms of surrogacy is fraught with peril. It will almost certainly drive some people out of the market and into less desirable means of achieving parenthood. Further, regulation of the narrow issue of the surrogacy market itself will not address the structural challenges with international parentage decisions generally.

The practical problems with international surrogacy are grounded in conflicts of laws and comity issues surrounding parentage, family structure, nationality, and immigration. Any international surrogacy convention should focus on a framework for open dialogue between nations about the reconciliation of these conflicts, particularly when the issues are not contested by the parties involved. In the end, the conflicts of family and immigration law are the issue, not surrogacy itself. Any convention should focus on these issues rather than try to regulate surrogacy as if it were comparable to adoption.