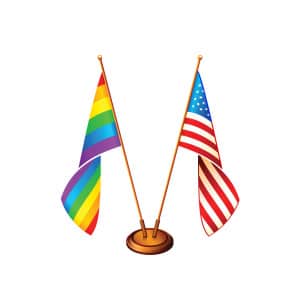 Many gay and lesbian couples in Utah have put their plans to marry on hold for now, as the U.S. Supreme Court Jan. 6 put a hold on U.S. District Judge Robert J. Shelby’s Dec. 20 ruling striking down Utah’s ban on same-sex marriage. Two lower courts previously refused the Utah Attorney General’s request to stay Shelby’s decision, and a thousand Utah same-sex couples have since gotten married in local courthouses and county clerk’s offices throughout the state. Many applied immediately for healthcare and other benefits afforded married couples.

Utah’s request for a stay on same-sex marriages was relayed to U.S. Supreme Court Justice Sonia Sotomayor, who oversees appeals for the 10th Circuit, which includes Utah. Sotomayor in turn referred the matter to the full court.

Now at issue is the status of those thousand Utah same-sex marriages. Utah’s Attorney General is expected to challenge their validity, which could leave the newly married couples in legal limbo for some time while the challenge works its way through the court system. Lambda Legal Director Jon Davidson speculates that while Utah may not recognize the marriages, the federal government and other states where same-sex marriages are legal will recognize the Utah marriages.

When California voters passed the anti-gay marriage initiative Proposition 8 in 2008, the 18,000-some same-sex marriages that had already occurred between the June court ruling legalizing their marriages and Election Day ultimately were upheld by the state Supreme Court. On the other hand, as the Associated Press reported, marriage licenses issued in 2004 by San Francisco Mayor Gavin Newsom were later invalidated. Arguably, however, a court ruling in favor of same-sex marriage carries more weight than a mayor’s unilateral actions without benefit of judicial or legislative authority—a potential ray of hope for Utah’s newly married same-sex couples.

Meanwhile, the question of whether gay and lesbian couples have the right to marry in Utah is back in the Denver-based 10th U.S. Circuit Court of Appeals, and the U.S. Supreme Court is unlikely to rule definitively one way or another until the case has worked its way through the judicial system. According to AP, the 10th Circuit appears eager to move along on the case, setting short deadlines for written arguments. The state's first brief is due January 27; no date has been set for oral arguments.

Our thoughts are with the Utah families whose celebrations were turned to uncertainty with Monday’s Supreme Court ruling. The only comfort we can offer is our conviction that the tide is moving in the right direction, and that right almost always prevails in the end. At times like this, particularly for those families, it just feels like it takes far too long.