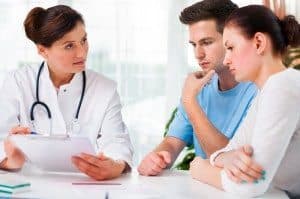 Despite the fact that more women are putting off marriage and childbirth until later in life, U.S. fertility rates haven’t changed significantly over the past 20 years, NBC reported recently. No one is exactly sure why that is the case, but it doesn’t appear to be due to increased use of assisted reproductive technology (ART). Citing the National Center for Health Statistics, NBC reports that the percentage of adults receiving fertility treatments has remained the same since 2002.

At the same time, more than 163,000 in vitro fertilization, or IVF, procedures were performed in 2011, about double the number from a decade earlier, according to the CDC. However, the percentage of women who have ever received fertility treatments held steady at 11.9 percent between 2002 and 2010. Those statistics indicate that the same number of women are receiving more fertility treatments. And because data collected on fertility treatments ends at age 44, it’s possible that greater numbers of women over age 44 are undergoing IVF.

We wonder: As growing acceptance and legalization of same-sex marriage make it easier and more secure for gay and lesbian people to become parents, what  impact will that have on the statistics over the next few years? We can’t wait to find out!