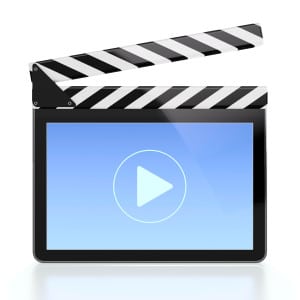 Using time-lapse photography to create mini-movies of embryos may hold the secret to increasing the success rate of in vitro fertilization. CARE fertility clinic in the United Kingdom has reported a 56% increase in the number of live births resulting from IVF therapy when their time-lapse techniques are used to track embryo viability.

An interesting new imaging technique in use by fertility experts at the CARE fertility clinic in the United Kingdom may be the key to increasing the likelihood of successful IVF therapy. The process involves snapping thousands of images of embryos in development in order to help doctors better select which embryos to implant successfully.

CARE’s research has demonstrated that using time-lapse photography to track and measure embryos at the earliest stages allows embryologists to determine which embryos are most viable and consequently are most likely to result in a successful live birth.

“Embryo selection based predominantly on specific time-lapse derived algorithms could rapidly become routine in IVF treatment,” the study authors wrote in the journal Reproductive BioMedicine Online, describing how the healthiest-looking embryos had a 72.7 percent chance of leading to a pregnancy and a 61.1 percent chance of resulting in a live birth.

While the improved probability of a successful live birth is by far the most exciting aspect of this new technique, the fact that the procedure is minimally invasive is also a great advantage since it reduces the risk of harm to the embryo as compared to “PGD.”

Despite excitement over the news from CARE, critics caution that, for many women, the number of fertilized embryos generated from an IVF cycle is not enough to take advantage of these new techniques. For example, if a cycle results in, say, 13 embryos, then using time-lapse photography to determine those most viable is realistic. However, if the IVF cycle results in only three or four embryos, by day 3 of development there may only be one or two that remain viable.

Additional controlled testing is needed before this new technique can become the standard of care. In the CARE study only 69 couples were involved; larger samples are needed.

Independent scientists not involved in the work welcomed it as a significant advance but said full randomized controlled trials—the gold standard in medicine—should be conducted before it is adopted as mainstream practice.

To learn more about the science behind this new technique, view this video available from CARE.