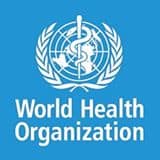 The World Health Organization is about to announce a dramatic change in its definition of infertility, as reported recently in The Telegraph—a change that may increase opportunity for LGBT intended parents to take advantage of in vitro fertilization and other types of assisted reproductive technology.

The authors of WHO’s new global standards would expand its historic definition of infertility—the inability to achieve pregnancy after a minimum of one year of regular unprotected sexual intercourse—to single individuals without partners and to same-sex couples who wish to have children, The Telegraph reports.

Authors of the new WHO standards say the new definition will give every individual “the right to reproduce,” according to The Telegraph article:

Dr David Adamson, one of the authors of the new standards, said: “The definition of infertility is now written in such a way that it includes the rights of all individuals to have a family, and that includes single men, single women, gay men, gay women.

“It puts a stake in the ground and says an individual's got a right to reproduce whether or not they have a partner. It's a big change.

“It fundamentally alters who should be included in this group and who should have access to healthcare. It sets an international legal standard. Countries are bound by it.”

The new definition promises to rock the medical establishments of many countries that traditionally look to WHO in establishing national health policy and treatment guidelines. For example, in the UK, commercial surrogacy is illegal—surrogates cannot legally be paid for their time and physical inconvenience as they can in the United States, nor can sperm and egg donors be paid. The result has been a severe shortage in the UK of surrogates, sperm and eggs for use in fertility treatment.

Currently guidelines established by the UK’s National Institute for Health and Care Excellence call for UK’s National Health Service to offer women under age 42, including lesbians, three full cycles of IVF if surrogacy or privately funded fertility treatment fails. But in practice, public funding for fertility services is sparse. As the Telegraph reports:

But few areas achieve this, with rationing deepening across the NHS amid financial pressures. Last month figures from the charity Fertility Fairness showed the real provision of free IVF on the NHS is at its lowest since 2004.

Under the revised WHO guidelines, infertility will be considered a disability, even for gay men, lesbians or heterosexual singles who lack a partner with whom to procreate. Some speculate the new guidelines may force UK to legalize commercial surrogacy. Others point out that national health services are not required to comply with the WHO’s change in guidelines. Critics argue that WHO is putting the hard-won successes of activists working to increase access to fertility treatment in jeopardy by stepping beyond the bounds of healthcare policy and into the realm of social engineering.

As with all social change, the new WHO guidelines will undoubtedly meet resistance and even conservative backlash. The Telegraph cites Josephine Quintavalle of Comment on Reproductive Ethics, who says the new WHO definition would sideline “the biological process and significance of natural intercourse between a man and a woman.

“How long before babies are created and grown on request completely in the lab?”

But as with all social change, as new ideas are repeated and become familiar, public acceptance grows. As more and more societal institutions such as WHO move in the direction of expanded reproductive freedom, and as technology leads the way to previously unimagined advances, the rest of the world will eventually follow. We at International Fertility Law Group are proud to be in the vanguard.