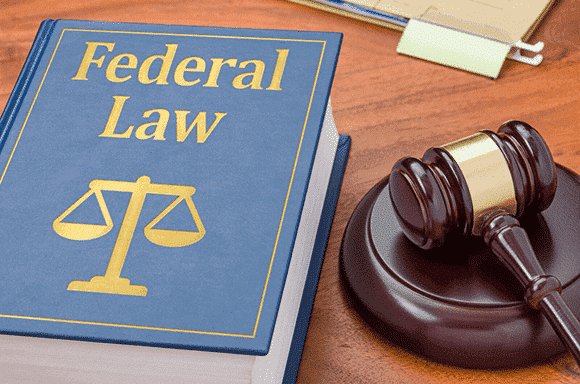 For decades, assisted reproductive technology has been improving, advancing and expanding the potential for previously infertile people to become biological parents. But the recent influx of right-wing and anti-reproductive freedom judicial appointees has many people worried that legislative progress and technological advancements could be thwarted for generations to come.

I got into the practice of assisted reproductive technology law because I saw the exciting potential of the rapidly advancing technology and because of my own positive experience of becoming a dad via ART. Often at this time of year, as the holiday season brings our families and loved ones together and thoughts turn to the coming of a new and promising year, I find myself writing about some new technological advancement or policy decision that will make assisted reproduction easier or more accessible to more intended parents in the future.

For example, in early 2018 I wrote about the miraculous successful birth of a baby girl resulting from implanting an embryo that had been frozen and stored for 24 years. This amazing embryo donation program made it possible for a young couple to benefit from assisted reproductive technology they would have otherwise been unable to afford.

In 2013 I wrote about a scientific breakthrough enabling scientists to produce both viable sperm and egg cells from the skin cells of mice, rather than from stem cells as had previously been demonstrated. In 2016, I wrote an update reporting scientists’ success in creating a viable embryo from skin cells of a single mouse. As I wrote then:

The implications for human procreation are mind-blowing. In the future, this technology could make it possible for two men to have a child carrying each of their DNA—although, as The Telegraph article points out, a surrogate would still be necessary to carry the embryo to birth. It might also allow a man to fertilize a cell with his own DNA, or allow a woman whose ability to have children was destroyed due to cancer treatment or lost due to age to have a child with her DNA. It might also help save endangered species from extinction.

Only last summer I wrote about the first U.S. live birth resulting from a uterine transplant, the second such birth in the world:

The June 2019 birth was the second live birth resulting from a uterine transplant from a deceased donor: the first occurred in 2017 in Brazil, when a 32-year-old woman born without a womb delivered a child after receiving a uterus donated by a 45-year-old woman who'd died of a stroke.

As described by the Cleveland Clinic, uterine factor infertility, which includes both women who were born with no uterus or uterine damage and those injured by infection or medical procedure, affects 3 percent to 5 percent of females, an estimated 50,000 women in the United States alone. As explained in the description of the clinical trial, for some women with the condition, uterine transplantation may represent the only option for parenthood…

And I have returned several times to the promise of assisted reproduction technology to restore the possibility for parenthood to wounded veterans as well as to active service members facing combat or other conditions that might render them infertile.

But even in the face of these remarkable technological and public policy achievements, opponents of reproductive rights have been diligently at work to sway public opinion and to raise faux human rights concerns about the effects of assisted reproductive technologies such as surrogacy or in vitro fertilization. One of the newest and most dangerous fronts in the ideological fight against reproductive rights is in the courts, where the issue of the “personhood” of embryos—the question of when human life begins—has repeatedly risen in cases of embryo custody and disposition disputes. Conservative and religious activists fight to establish the same rights for unborn embryos as for living human beings, a side door used to attack Roe v Wade and women’s right to choose. And, while most opposition to reproductive technology has come from the right, a few traditional supporters of women’s rights, such as Gloria Steinem, have spoken out against the lifting of New York’s surrogacy ban.

Most recently, the GOP-controlled U.S. Senate voted to confirm Sara Pitlyk, an anti-choice and anti-ART lawyer and former Brett Kavanaugh law clerk, to the federal bench in Missouri—a state that recently banned all abortions past eight weeks, is trying to shut down its single remaining abortion clinic, and where courts have already ruled that embryos are persons for purposes of wrongful death and murder charges.

As reported by Salon, in rating Pitlyk “unqualified” to serve on the bench, William Hubbard, chair of the American Bar Association’s standing committee on the federal judiciary, wrote:

Nevertheless, Pitlyk was confirmed in a party-line vote, with only one Republican, Sen. Susan Collins of Maine, voting against the confirmation. Alaska Sen. Lisa Murkowski, the Senate’s other pro-choice Republican member, was not present to vote.

While Pitlyk’s anti-choice stance is unsurprising—she supported Iowa’s six-week abortion ban later found to be unconstitutional, according to Salon—she also has vehemently and public opposed many forms of assisted reproduction, including surrogacy, which she said leads to “diminished respect for motherhood and the unique mother-child bond,” and equating thawing or destroying unused, frozen embryos with killing children.

The Republicans’ mission to pack the judicial pipelines with right-wing conservatives for generations to come is in large measure succeeding. Hard-won rights of women, minorities, LGBT people and others will meet repeated court challenges in the years to come. Even such positive and life-affirming technologies as those intended to help infertile people bring new life into the world are under attack by those with cripplingly narrow visions of procreation, family and love. For decades, intended parents and their attorneys, seeking to make the best decisions and take the best actions for their families, will face the religion-fueled bigotry of judges like Pitlyk and her ilk. It’s too late to undo the damage, to remove the roadblocks, already put into place.

We can use our voting power in 2020 to ensure the packing of the U.S. court system with opponents of reproductive rights will be limited to a single four-year term and to elect leaders who uphold our values. Even after a year that has seen so many attacks on equal rights, so many laws passed restricting women’s right to choose, so many Far Right judges confirmed, I still believe, in the famous words of the Rev. Martin Luther King, “The arc of the moral universe is long, but it bends toward justice.” I still have optimism that fairness and equality will ultimately prevail.