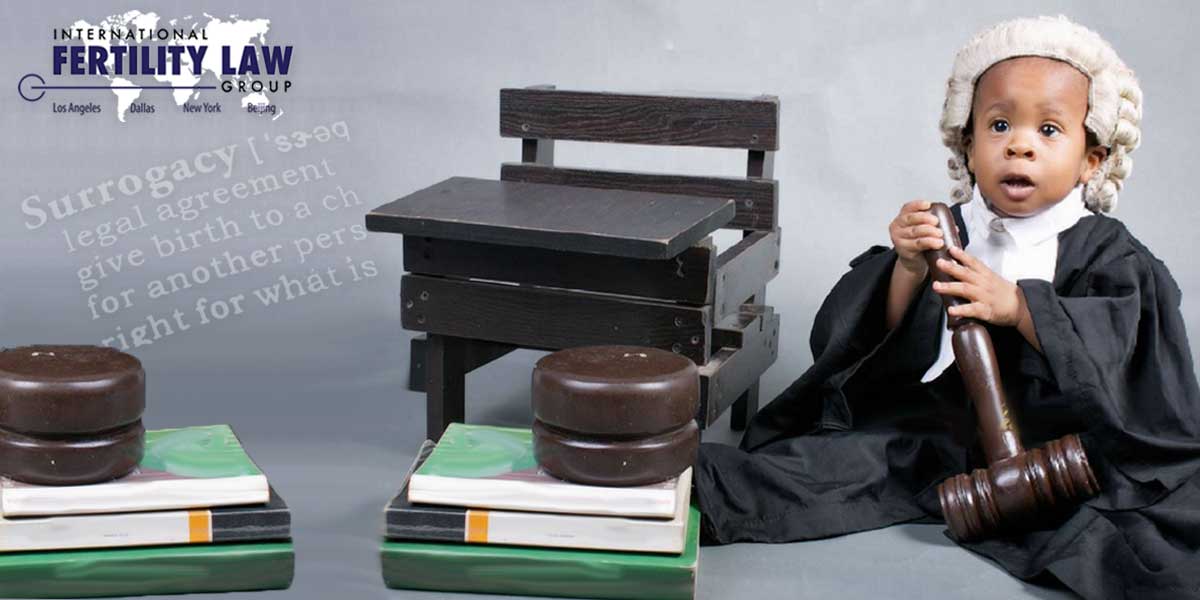 Laws governing surrogacy vary widely from state to state in the U.S. Some states have enacted laws rendering surrogacy contracts unenforceable in whole or in part, and a few states deem compensated surrogacy illegal, essentially shutting down surrogacy within the state almost entirely.

Engaging an attorney experienced in assisted reproduction technology, and having a properly drafted surrogacy contract, are essential in several ways. Doing those things ensures the intentions of all parties to the agreement—intended parents, surrogate, surrogate’s spouse—are clearly stated and that the rights and responsibilities of each party are clearly established and protected.

The surrogacy contract makes it clear that the intended parents want to become the legal parents and agree to take all responsibility for the child or children resulting from the ART procedure, and that the surrogate does not want those parental rights. The agreement should make it clear that the surrogate intends to bear a child or children for the IPs and agrees, with her husband or significant other, if applicable, to ensure a healthy pregnancy to the best of her ability.

An unbalanced agreement, one that ensures the needs and rights of only one of the parties, won’t do. To work, the agreement must be fair and balanced in considering all parties’ needs, rights, obligations and responsibilities. In instances of “altruistic” surrogacy, in which the surrogate, often a family member, is not compensated, the surrogacy contract is perhaps even more important in clearly establishing and protecting the rights and responsibilities of each party.

That’s why, when states render surrogacy agreements unenforceable, few surrogacies occur: Few intended parents or surrogates are willing to take a chance on a casual arrangement with such potentially life-changing consequences and risk.

In a backlash to the notorious 1986 Baby M case, in which the surrogate refused to relinquish custody of the baby to the intended parents, courts and legislatures in several states, including New York, New Jersey and Michigan, as well as Washington, D.C., banned surrogacy or surrogacy contracts.

Of these original naysayers, only the ban in Michigan remains. As reported by the legal newsletter “Above the Law,” despite several efforts to embrace modern society, technology and the law, the ban on surrogacy in Michigan makes all surrogacy contracts, agreements, or arrangements “void and unenforceable as contrary to public policy.” In addition, surrogacy contracts for compensation are subject to criminal penalties.

One by one, however, most states have been rolling back those surrogacy bans and passing laws that regulate fertility treatments and family-building technologies such as egg donation, sperm donation, in vitro fertilization (IVF), and surrogacy, protecting the parties, and honoring their intentions.

The Washington, D.C., ban on surrogacy agreements ended in 2017, four years after the change was first introduced. Before the new law took effect, individuals could be fined $10,000 simply for entering into a surrogacy agreement.

Advocates and lawmakers also worked for several years to end New Jersey’s surrogacy ban before finally succeeding in 2018. The state legislature passed bills lifting the ban on surrogacy contracts in 2012 and 2015; both times, then-Governor Chris Christie vetoed them, citing concerns about “the profound change in the traditional beginnings of a family.”

The New York surrogacy ban ended in April 2020, as lawmakers instituted standards for legally enforceable surrogacy agreements and enacted the strongest “surrogate bill of rights” in the world (this bill becomes effective February 15, 2021).

Louisiana is the only state to move to go backward rather than forward. The state passed Surrogacy Bill HB 1102 on August 1, 2016. This bill restricts gestational surrogacy to heterosexual married couples using their own gametes and places onerous requirements on such arrangements, including a strict no-compensation requirement. Commercial surrogacy is therefore prohibited in Louisiana. If one enters into a surrogacy agreement that is not sanctioned by the new law, anyone involved is subject to civil and criminal penalties.

It should be noted, however, that even in some states where surrogacy is legal, surrogacy laws exist, and surrogacy contracts are enforceable, the law still imposes limitations on who may legally participate in surrogacy (such as requiring intended parent couples to be married). An experienced fertility lawyer can help intended parents and surrogates navigate the disparate laws to be sure they and the new family are protected.

Our IFLG team of experienced fertility attorneys and paralegals has developed an extensive network of lawyers throughout the United States who specialize in ART law and surrogacy agreements. We are always available to answer questions about parenting through surrogacy.

If you’re wondering, “Are surrogacy contracts enforceable?” you can trust IFLG to help you work through the details. We are ready to help intended parents and surrogates to navigate the laws and regulations governing this rapidly changing field of family law.