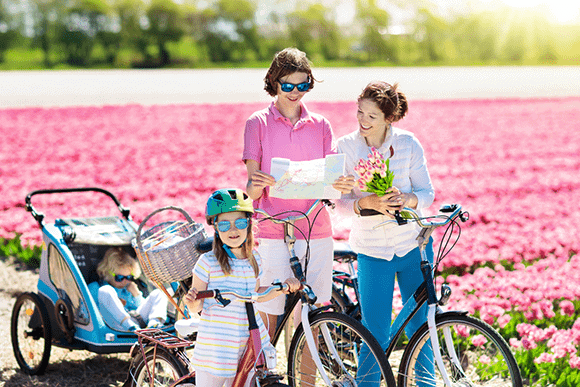 Colleagues in Netherlands celebrated this week the news that at least two Dutch IVF clinics plan to open their doors in 2019 to same-sex couples who want to become parents via surrogacy without the difficulty and expense of traveling abroad to do so.

Until recently, Dutch law required that the egg used in IVF fertilization come from the surrogate; use of a third-party egg donor was not allowed. In other words, the surrogate had to be genetically related to the child. (One of the two clinics planning to serve gay and lesbian intended parents, Nin Geertgen clinic in Elsendorp, will continue to require that the surrogate’s egg be used.) Even for heterosexual couples willing to undertake genetic surrogacy, only one clinic in the country—the VU teaching hospital in Amsterdam—was previously authorized to perform the IVF procedure with a surrogate, reports Dutch News. Couples who did not meet the criteria for legal surrogacy in Netherlands were forced to look abroad, helping to spark a boom in surrogacy tourism in Ukraine and a few other nations.

As reported by NLTimes.com, the Netherlands’ Embryo Act was changed earlier in 2018 to broaden surrogacy criteria, leading to clinics’ announced plans to expand services. However, under Dutch law, the surrogate is still the legal mother of the child, even if she is not genetically related, and additional court documents are required to transfer parental rights to the intended parents.

The demand for more assisted reproduction services from heterosexual and same-sex intended parents alike is undeniable, as societal support for same-sex, and access to and familiarity with assisted reproductive technology have grown. The many international conferences my firm, International Fertility Law Group, has participated in for the past couple of years, including Kinderwunsch Tage, Families Through Surrogacy and Viva Surrogacy, were produced in response to a growing demand for information and resources from LGBT would-be parents and their families, hungry for information about fertility services and same-sex parenting.

Closer to home, a bill to legalize paid surrogacy was introduced in the Michigan legislature. With the recent Midterm elections turning the state a slightly more blueish tinge, some observers think the legislation, introduced at the tail end of the current legislative session, has a good chance of passing in 2019.

If that happens, New York would be the only remaining U.S. state that criminalizes paid surrogacy. As I wrote earlier this year, Michigan was the first state, in 1988, to ban commercial surrogacy in the wake of the notorious “Baby M” case. The case, in which a surrogate had a change of heart and, in violation of a surrogacy agreement, refused to give custody of the child to the intended parents, sparked public outrage and a legislative backlash against the then-new practice of compensated surrogacy. The Michigan surrogacy ban was a direct attack on the Dearborn, Michigan, attorney and surrogacy clinic operator who arranged the Baby M surrogacy contract. A number of states followed suit in imposing bans, including New Jersey (through court rulings), New York, and Washington, DC.

In May 2018 New Jersey passed a law legalizing gestational carrier agreements, effectively lifting the state’s 30-year anti-surrogacy court rulings. Washington, DC, lifted its surrogacy ban in 2016, as we reported at the time.

Even the lone U.S. state holdout, New York, is making moves to legalize surrogacy, as we wrote earlier this year about a report by the New York Task Force on Life and the Law, released in December 2017.

In its December report, the Task Force points out that “the impact of surrogacy is no longer speculative,” and its work is informed by a growing body of research. In 1988, the Task Force concluded that surrogacy was likely to lead to children being treated as commodities; today research has shown that children are not harmed by surrogacy, nor are a surrogate’s biologically related children harmed by having their mother serve as a surrogate. “Research has revealed that children born through surrogacy and other ART practices are extremely desired children and are being raised by highly committed and loving parents.” …

In perhaps the most striking acknowledgement of how attitudes have changed, the Task Force referred to its 1988 conclusion that surrogacy should be discouraged “because the practice devalues families and fragments parenthood,” acknowledging that, today, “modern families can be constituted in many configurations, as evidenced by the recent federal legalization of same-sex marriage.”

Still, the task force members were not unanimous in their call for liberalized surrogacy laws. As we reported:

In a Minority Report, seven members rebut the majority recommendations, recommending instead that all forms of surrogacy, “both genetic and non-genetic, compensated and uncompensated, should still be discouraged.” Non-compensated surrogacy should be “tolerated.” The Minority Report also recommends that an age cap for intended parents, raises concerns that intended parents “who think they do not have time for pregnancy” will not be good parents and weighs in disapprovingly on LGBT and single parents.

As my colleagues and I celebrate small victories and signs that surrogacy and other forms of assisted reproductive services are becoming more accessible to more people everywhere, I can’t help but reflect on the irony that two such seemingly modern and progressive jurisdictions, the country of Netherlands and the state of New York, are only now taking steps to make the most advanced fertility technologies available to their citizens. The expansion of clinic services and the inclusion of LGBT intended parents is a sign of things to come in Netherlands, which has been studying the issue of surrogacy over the past few years, winning over hearts and minds as they go. In New York also, as more and more families benefit from the miracle of assisted reproductive technology, it is no longer a matter of “if” surrogacy will be legalized in all 50 states; it is a matter of “when.”