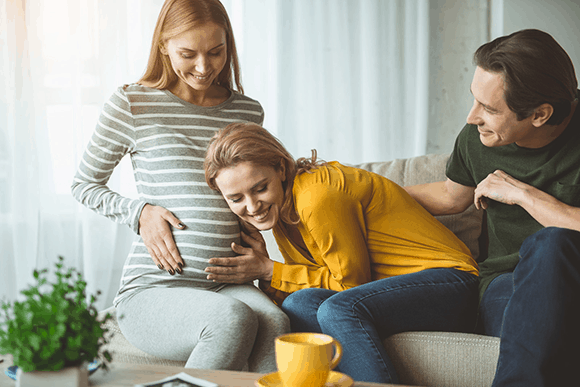 As we wrote last year, reproductive health experts and advocates were encouraged in 2019 when New York Governor Andrew Cuomo included the Child Parent Security Act as part of his state budget bill, only to run up against unexpected criticism from the left. Early this year Cuomo’s administration launched the #LoveMakesAFamily campaign to encourage support for the measure.

The new law will establish requirements for legally enforceable surrogacy agreements and for the protection of surrogates. Additionally, the bill requires the New York Department of Health to issue guidelines mandating full disclosure of health risks associated with pregnancy and egg donation. The law would require that at least one intended parent be a U.S. citizen or permanent resident.

The new law also will simplify and streamline the parental establishment process, eliminating time-consuming and expensive requirements that make it difficult for intended parents who are not biologically related to their child to establish parentage. Under the new law, non-biological parents will be able to establish parenthood with a single court visit before the child’s birth.

Congratulations to the lawmakers and advocates who worked for years on crafting this historic legislation and to the thousands of New York intended parents, surrogates and families who will benefit. Thank you to Governor Cuomo, the bill sponsors, Senator Brad Hoylman and Assemblymember Amy Paulin; Senate Majority Leader Andrea Stewart-Cousins and Assembly Speaker Carl Heastie, Attorney General Letitia James, RESOLVE: The National Infertility Association, Family Equality Council, the Protecting Modern Families Coalition (PMFC), and most especially attorney Denise Seidelman, who drafted the first version of this bill 11 years ago and has been with it from the beginning. We could not have done it without you!