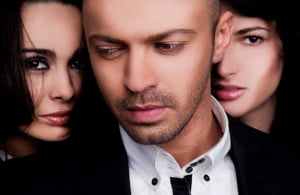 The Kansas sperm donor who was sued for child support by the state Department for Children and Families (DCF) has had his day in court. Shawnee County District Court Judge Mary Mattivi ruled on Jan. 22 that William Marotta of Topeka is the legal father of the child resulting from his donation of sperm and thus liable for financial support of the child, despite the fact that he and the child’s biological mother and her partner entered into a sperm donor agreement waiving his parental rights and responsibilities.

We wrote about this case a little over a year ago:

In 2009 Mr. Marotta responded to a Craig’s List ad soliciting a sperm donor to enable a lesbian couple, Angela Bauer and Jennifer Schreiner, to have a child together. All three parties signed a sperm donor agreement stating that Marotta would have no parental rights or responsibilities for the child. Marotta delivered sperm to the couple’s home, and the two women performed the insemination themselves. Schreiner became pregnant and gave birth to a daughter. Marotta says he was not paid for his donation.

In 2010, after eight years together, Bauer and Schreiner split up but continued to co-parent their eight children, including the daughter created using Marotta’s sperm. Schreiner subsequently contracted an illness that prevented her from working, so she enrolled her daughter to receive health insurance under the state’s Medicaid program….

In order for the now 3-year-old child to qualify for benefits, the Kansas Department for Children and Families required that Schreiner disclose the name of the child’s biological father, the sperm donor. Under Kansas law, had the artificial insemination been performed by a licensed physician, the sperm donor would have been absolved of all parental responsibility.

According to the court ruling, in her initial applications for benefits Schreiner initially identified her daughter’s father as an “anonymous sperm donor” and did not comply with the state’s request that she provide a copy of the donor agreement. Only after the state halted benefits due to her failure to comply did Schreiner produce the contract, which bore Marotta’s name and signature as the sperm donor.

Because Bauer and Schreiner performed the insemination in the privacy of their own home, with no doctor involved, the position of the state of Kansas is that the sperm donor contract is not valid. In fact, the judge ruled that because the couple and donor did not comply with the Kansas Parentage Act, implemented in 1994, Marotta does not qualify as a sperm donor, according to The Topeka Capital Journal. From the ruling:

This court finds that, because the parties did not provide the donor sperm to a licensed physician, the statutory basis for preclusion of paternity does not apply, and the donor therefore can be determined to be the father of the child.

Marotta’s attorney, Benoit Swinnen, cited several court rulings supporting Marotta’s status as a legal sperm donor rather than a parent to the child. Marotta said he has not had a parental relationship with the child and has had no relationship with Bauer and Schreiner before or after the sperm donation. According to the court ruling, Marotta delivered his sperm to the women’s home in a specimen cup on three consecutive nights; the women performed the inseminations themselves in their home.

In its suit, the state DCF argued that the sperm donor contract executed by the Marotta and the two women ignores “well-established law in this state that a person cannot contract away his or her obligations to support their child,” Fox News reports.

The right for support belongs to the child, not the parents, the filing says.

A parent may not terminate parental rights by contract, however, even when the parties have consented…. It is well established under Kansas law that a child is entitled to support from his parents, and that obligation may not be abandoned.

Interestingly, the Kansas decision cites a ruling in a case based on a California statute, similar to the Kansas law, that stipulates that the donated sperm must be provided to a licensed physician—except that in the California case it was the sperm donor who sued to be granted parental rights.

Jhordan C. v. Mark K., 179 Cal.App.3d 386 (1986), was a paternity action concerning a child conceived by artificial insemination with semen donated personally to the mother by plaintiff donor. Jhordan C. provided his semen to Mary K., without physician involvement, and Mary K. conceived using that semen. Jhordan C. then sought to be involved in the upbringing of the child, over the objection of Mary K. and Victoria T., who were raising the child together. The relevant California statute, adopted from the UPA [Uniform Parentage Act], was very similar to K.S.A. 23-2208(f) [the Kansas Parentage Act]: “The donor of semen provided to a licensed physician for use in artificial insemination of a woman other than the donor’s wife is treated in law as if he were not the natural father of a child thereby conceived.”… The trial court found Jhordan C. to be the father of the child, and specifically to not qualify as a sperm donor, because the parties did not involve a licensed physician in the AI process and had therefore failed to follow the statute. The California Court of Appeals affirmed.

In the California case cited above, the court ruled that the sperm donor did not meet the definition of a sperm donor because he failed to comply with the requirement that his sperm be provided to a license physician but was instead the child’s father.

In the Kansas case, Judge Mattivi came to the same conclusion, that, because the parties “failed to conform to the statutory requirements of the Kansas Parentage Act in not enlisting a licensed physician… the parties’ self-designation of [Marotta] as a sperm donor is insufficient to relieve [Marotta] of his parental rights and responsibilities….”

In addition to reminding all of us how very complicated life can become, and how situations and relationships can change over time, the Kansas case reinforces how important it is that all parties to a sperm donor arrangement or other assisted reproduction procedure have a clear understanding of the applicable state laws and the advice of experienced legal counsel familiar with those laws. As the Kansas case and others demonstrate, all parties are at risk unless statutory requirements are met, be it the intended parents who want to ensure their rights to raise their child as they wish, the donor who may or may not desire a parental relationship with the child, and, last but not least, the child.