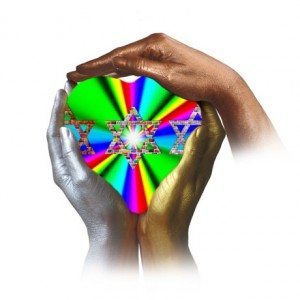 I recently was interviewed for an article in the Detroit Jewish News titled “Jewish and Gay.” Written by Karen Schultz Tarnopol, the article examines the status of gays and lesbians in the Jewish faith and the growing acceptance and affirmation of gay and lesbian people by many Jewish congregations. However, as the article goes on to explain, acceptance in one’s synagogue does not always equal acceptance under the law.

In the state of Michigan, for example, same-sex couples are legally prohibited from jointly adopting a child, based on a discriminatory interpretation of the law. Michigan’s adoption law states that if a married person petitions for adoption, his or her spouse must join the petition. Although the law says nothing about adoptions by gay or lesbian people, Michigan
courts have interpreted the statute to mean that in order for a couple to jointly adopt a child, they must be married. Because same-sex couples cannot legally marry in Michigan, same-sex couples cannot jointly adopt a child. “We believe that these judges are manufacturing an exclusion that is not specifically indicated in the statute,” ACLU staff attorney Jay Kaplan told Jewish News.

I am cited in the article on the subject of surrogacy, which can be an option for gay and lesbian couples who want to become parents to a child that is genetically related to them. As I told Jewish News:

One of the couples featured in the article is Julia Pais and Beth Greenapple, who became parents via in vitro fertilization, with Pais giving birth to son Nadav, who was conceived using Greenapple’s egg. When the couple attempted to submit Nadav’s birth certificate application bearing both women’s names, they were informed by the hospital that the state would not
accept a form with two mothers. Greenapple, Nadav’s genetic mother, had to remove her name because Michigan law favors the mother who carries the child. “As a ‘genetic egg donor,’ I had no legal rights to Nadav,” Greenapple told Jewish News.

The couple sued the state to change its application forms and lost. Eventually Greenapple and Pais adopted their son through Catholic Social Services. In order to do so, both had to sign away their parental rights. Then both adopted their son. Even then they were unable to get a Michigan birth certificate bearing both their names until Jennifer Granholm became governor in 2002 and ordered the state to accept applications with the names of both same-sex parents.

The Pais-Greenapple family’s ordeal is an example of the trauma and insecurity that result from outdated laws that fail to adequately address the needs of non-traditional family formation, or from a judiciary that interprets existing laws in a discriminatory and unfair manner. Michigan is just one state, and laws governing assisted reproductive technologies such as surrogacy, egg donation and sperm donation and the legal status of  same-sex parents vary from state to state, and from country to country. Our firm, International Fertility Law Group, was established as a resource to help intended parents navigate the legal obstacles they may face in the United States and abroad and to help protect their offspring. Staying current on the law as it evolves and as it varies from place to place is one of the most challenging parts of my job—and one of the most rewarding.