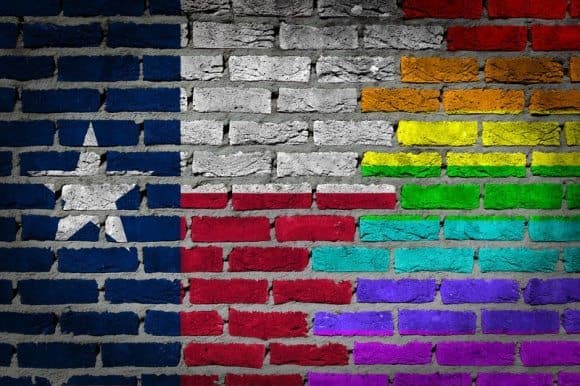 The Texas Department of State Health Services made headlines last month when it revealed in a court filing that it would begin allowing same-sex parents’ names on children’s birth certificates—although it may be months before official birth certificate forms using gender-neutral designations for parents are available statewide.

The court filing was in response to a federal court order to comply with the landmark June 26 U.S. Supreme Court ruling in Obergefell v. Hodges legalizing same-sex marriage throughout the United States. Even in the wake of this policy change, the path for same-sex parents in Texas and other states to receive full official parental recognition remains far from straightforward—as is the case for heterosexual couples who become parents via some types of assisted reproductive technology as well.

This bureaucratic obstacle course stems in part from an official resistance in some states to granting parental rights to non-biological parents without an adoption order. In many states, intended parents, gay or straight, who have children via egg or sperm donation and surrogacy may need to be  legally married and/or must enter an order of adoption in order for the non-biologically related parent to be placed on the child’s birth certificate. In these states’ view, becoming a parent via ART, in a scenario in which the child is not genetically related to one or both parents, is akin to adoption.

This view, conflating adoption with ART, is wrong—in the case of adoption an existing child is being removed from one family and placed with a new family; in the case of parentage via egg or sperm donation or surrogacy, there is no child in existence until the intended parent or parents takes the necessary steps to create the child.

But adoption is familiar and well adjudicated, and it is an easy model for more conservative jurisdictions to adopt. So in those parts of the country, even married heterosexual parents who are not genetically related to their child born via surrogacy may need to undergo a step-parent or second-parent adoption in order to be listed on the child’s birth certificate.

Institutional resistance to same-sex marriage or same-sex parentage adds another set of obstacles. Now that same-sex marriage is legal nationwide, the federal courts have ruled that states must accommodate same-sex parents on official birth certificates. However, those states can still require that non-genetically related parents first legally adopt the child.

That is what happened in the case of two gay dads represented by one of my colleagues in Texas. The dads had a child via surrogacy in Texas, and only one dad’s name appeared on the Texas birth certificate. However, the two got married, obtained an order of adoption in New Jersey, and applied to the Texas Bureau of Vital Statistics for an amended birth certificate bearing both fathers’ names. At this juncture it appears the amendment is in progress.

There’s more at stake in having both moms or both dads listed on a child’s birth certificate than merely making a political statement. In cases where the parental rights of one parent are not legally acknowledged, the child’s security and wellbeing could be at risk. In the event the biological parent died or became incapacitated, a non-biological parent could conceivably find his or her parental rights in question.

What this recent change in Texas means is that married same-sex couples can be listed as parents on Texas birth certificates, if they obtain an adoption order—and that is a big deal. The case for unmarried same-sex parents remains unclear but will no doubt be litigated in the weeks and months ahead. Meantime we’ll celebrate this change as a small but significant step toward equal legal protection for all parents and families, regardless of their sexual orientation or how they were created.