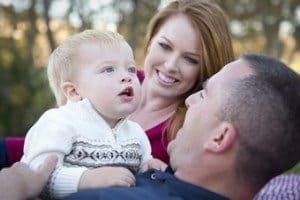 A bill to fund fertility services for U.S. veterans who sustain reproductive injuries in the course of service passed the Senate at the end of 2012 but was stopped in the House due to budget concerns.

S. 3313: Women Veterans and Other Health Care Improvements Act of 2012, introduced by Sen. Patty Murray, D-Wa., chair of the Senate Veteran Affairs’ Committee, passed the Senate in mid-December and was sent to the U.S. House Veteran Affairs Committee on Dec. 17. However, the House failed to take action. An identical House bill was introduced in September but got nowhere.

One of the big hurdles to moving the legislation has been financial. Senate Democrats favored funding the projected $568 million cost of the extended fertility services over the next five years with the money saved as the U.S. pulls out of Iraq and Afghanistan; Senate Republicans balked.

House Veterans Affairs Committee Chairman Jeff Miller, R-Fla., told reporters from the Army Times that he is “anxious” to address the issue during the current session of Congress. “I am hopeful we can work on this issue to provide an outcome that not only supports our wounded and their families, but also doesn’t put our troops in the field in further danger,” he said.

Speaking on the Senate floor in December, Murray said that between 2003 and 2008 nearly 2,000 service members suffered reproductive and urinary trauma injuries, according to a Seattle Times blog post. Due to a lack of insurance coverage, some of these injured service members and veterans have had to pay for in-vitro services out of their own pocket. According to Army data some 2,000 service members have suffered reproductive injuries in Iraq and Afghanistan since 2003. It is tragic to contemplate that men and women who have sacrificed their health in service to their country would be left with a choice between prohibitively expensive procedures or forgoing the opportunity to become parents altogether. It is hoped that political differences can be set aside long enough to get this bill finally passed in 2013.