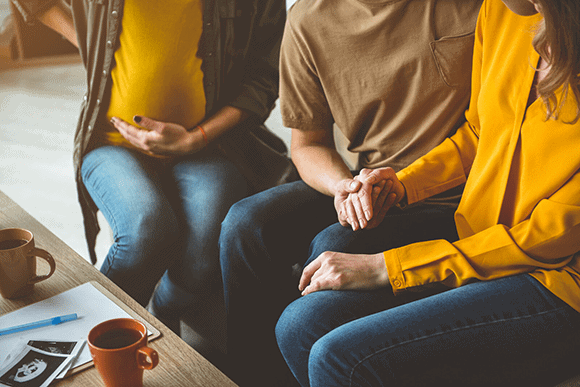 After 19 years of court battles and legal ups and downs, the French Court of Final Appeal has recognized Sylvie and Dominique Mennesson as the legal parents of their twin daughters, born via surrogacy in California in 2000.

The court issued its decision recognizing the Mennessons’ parentage just one day after the French Parliament, over stiff right-wing opposition, voted in favor of a law recognizing the parentage of children born via surrogacy in another country. Surrogacy is illegal in France and punishable by one year in prison and a €15,000 fine. Conservative MPs were enraged by the vote and have vowed to call for a second vote.

Over nearly two decades, the Mennessons have become international icons in the movement for reproductive rights, even founding a non-profit organization, CLARA (Comité de soutien pour la Légalisation de la GPA [Gestation Pour Autrui] et l'Aide à la Reproduction Assistée), to advocate for the rights of children born via surrogacy. In 2000, Sylvie Mennesson, who was infertile, and husband Dominique Mennesson traveled to California, where the couple became parents of twin girls, conceived using Dominique’s sperm and a surrogate’s eggs. The state of California recognized Dominique as the twins’ genetic father and Sylvie as their “mother of intent” and issued birth certificates and passports listing the couple as the twins’ legal parents.

But the French consulate in Los Angeles, suspecting the twins were born via surrogacy, refused to register the birth certificates in the French civil registry—a stance contrary to the international legal principle of “comity,” in which one jurisdiction will honor legal rulings rendered by another jurisdiction. In this case, the French consulate refused to honor the California court order establishing a legal parent-child relationship because surrogacy is against French law.

We first wrote about the Mennesson case in 2014, when the European Court for Human Rights ruled that France and the other 46 ECHR member nations must recognize the parental rights of parents who are genetically related to their children born through surrogacy abroad, and grant citizenship to those children. That ECHR ruling was based on the Mennessons’ case and that of another family who had undergone surrogacy in the United States. As we wrote then:

The 2014 ECHR ruling mandated that French children born abroad via surrogacy would receive passports and French identity cards and would be able to request certificates of French nationality. But the ruling left it to the discretion of individual countries to determine how to establish the parental rights of an intended parent who is not genetically related to a child born via foreign surrogacy.

In response to the ECHR ruling, in July 2017 the French supreme court (called Cour de cassation) established a three-part process for establishing the parentage of non-biological intended parents. As we reported at the time:

The convoluted process the French court ruling has imposed upon intended parents, although it clarifies French parentage law, is a setback in the wake of several European Court of Human Rights rulings that have tended to treat recognition of parental authority and citizenship for children born abroad via surrogacy as basic human rights….

Although the French supreme court accepted the ECHR’s directive to recognize the citizenship of surrogate children born abroad, when it came to registering a non-biologically related intended mother as legal mother, it fell back on French law. In fact, under French law, the legal mother is defined as the woman who physically gives birth—the surrogate—regardless of the baby’s genetics. This decision did not violate the rights of the child to a legal parent, the court held, because, under French law, an intended mother is able to establish parentage by adopting her child born via surrogacy. The added hurdles and expense of the adoption process served the purpose of reinforcing France’s policy of discouraging surrogacy.

The Mennesson’s legal odyssey ground on, and the family went back to court, seeking a re-examination of the denial of Sylvie’s parentage in view of recent changes in French law. As we reported earlier, after living in France for 16 years, the twins, now 18 years old, were finally granted French citizenship in 2017.

The Mennesson’s legal victory and the French legislature’s vote to recognize the parentage of children born via surrogacy abroad are among several exciting signs that public opinion and official policy are slowly moving toward acceptance of surrogacy and other forms of assisted reproduction. As we reported recently, in July President Emmanuel Macron’s administration proposed a new bioethics law that would legalize in vitro fertilization, or IVF, for single women and lesbians.

But as has historically been true of assisted reproductive technology, despite these successes, many challenges, particularly from the country’s right wing, remain. Conservative lawmakers and activists, already outraged by the country’s 2015 legalization of same-sex marriage and the recently proposed bioethics legislation, have promised to bring the new parentage law up for a second vote. But the happy ending to the Mennessons’ long and valiant battle to protect their children and all children born by surrogacy reassures us that, eventually, reproductive freedom and the rights of intended parents and their children will prevail.

After 19 years of court battles and legal ups and downs, the French Court of Final Appeal has recognized Sylvie and Dominique Mennesson as the legal parents of their twin daughters, born via surrogacy in California in 2000.

The court issued its decision recognizing the Mennessons’ parentage just one day after the French Parliament, over stiff right-wing opposition, voted in favor of a law recognizing the parentage of children born via surrogacy in another country. Surrogacy is illegal in France and punishable by one year in prison and a €15,000 fine.