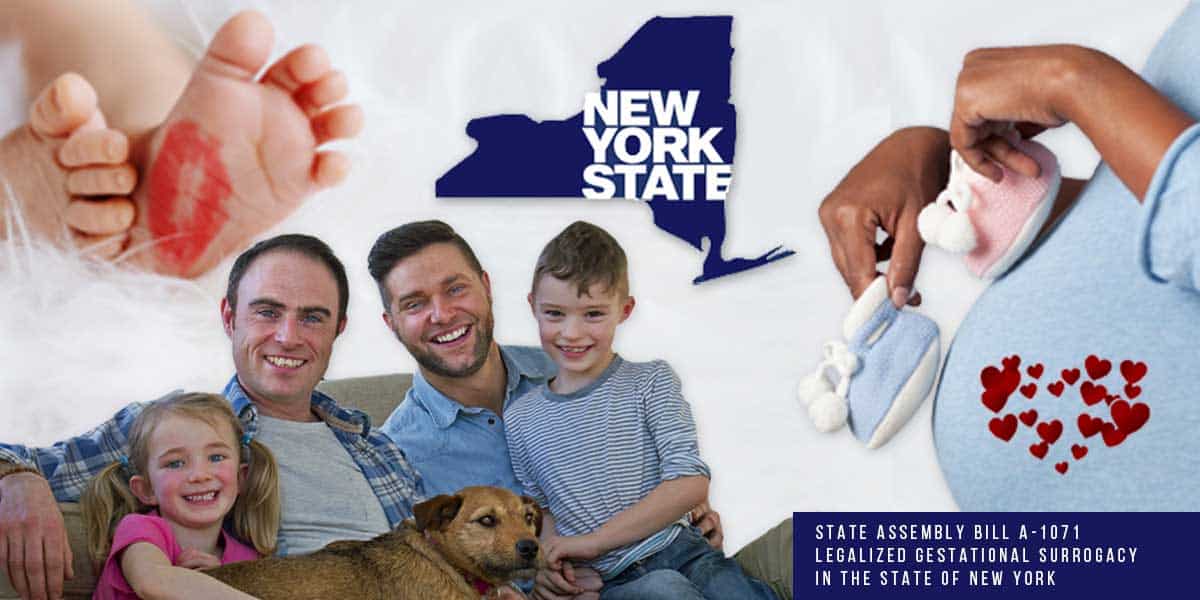 For many individuals who consider parenthood via in-vitro fertilization and surrogacy, the most gut-wrenching questions about the process are these: What if the surrogate changes her mind? Can a surrogate choose to keep the baby?

On April 2, 2020, the state of New York passed a sweeping package of reproductive and parentage law reforms that will make those kinds of tragic events far less likely. The reforms end the state’s 30-year surrogacy ban and enact the strongest protections in the country for surrogates, intended parents and babies.

Surrogacy Law Reforms Apply the Law to Everyone

As we reported when we started writing about this issue in 2018, New York is one of several states--along with New Jersey, Michigan, and Washington, that banned paid surrogacy in the wake of the infamous “Baby M” case. As we wrote then:

New York was one of several states that instituted bans on paid surrogacy and surrogacy contracts in the early 1990s in the wake of the infamous “Baby M” case, in which a surrogate, in violation of a surrogacy agreement, refused to give custody of the child to the intended parents. In the resulting court and media battle, opponents of assisted reproduction depicted surrogacy as inhumane and exploitative of women and children, akin to “baby selling.” Although “altruistic” surrogacy, in which the surrogate receives no payment, remained legal in New York, any contract to formalize the arrangements, including designating parentage, was unenforceable, effectively banning all surrogacy.  For this reason, for three decades, New Yorkers seeking to have biologically related children were forced to travel to another state for the surrogacy and birth.

As we have reported, under New York’s existing law, if intended parents were to undertake “altruistic” surrogacy with a voluntary, uncompensated surrogate, then any contract between the intended parents—say, to establish parentage of the baby or to determine who will pay medical expenses—would not be enforceable in court. In other words, New York surrogates who agreed to bear a child for others from the goodness of their hearts would have no way of enforcing any agreement for reimbursement of expenses. Further, intended parents would have no legal recourse if a surrogate were to abandon her responsibilities toward the pregnancy or refuse to surrender custody of the child.

Legal protections for intended parents and surrogates have been absent in New York for the past three decades. During this time, many New York intended parents, infertile couples and single or LGBTQ intended parents have been forced to travel hundreds or thousands of miles from home to acquire surrogates, at great additional expense and hardship. The same has been true of these groups in the United Kingdom, Japan and other countries where surrogacy is banned.

With the implementation of the Child and Parent Security Act—which takes effect on February 21, 2021—New Yorkers will finally benefit from a legal and regulatory structure that upholds reproductive rights. The act will ensure the rights of all families, however they are created, to equal protection under the law.

At International Fertility Law Group, our sole focus is helping intended parents and families navigate the numerous steps of family creation via assisted reproductive technology. The landscape of surrogacy law can be complex for intended parents who do not know how the law applies to their situation.

That’s where an IFLG surrogacy attorney can help. Contact our New York office today at (212) 388-6966 to speak to a lawyer about starting a family.