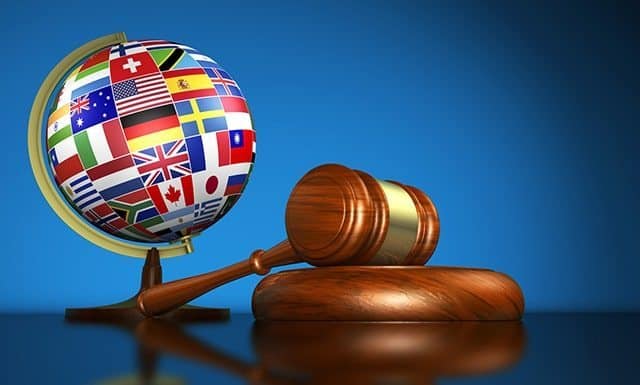 Conflicts between the laws of different countries have made for lurid and heartbreaking headlines. As we reported in 2014, the Supreme Court of Spain denied a gay couple’s petition for Spanish citizenship for their twin babies born via surrogacy in San Diego. Spanish authorities later overrode the Supreme Court ruling:

But a July 11 directive from Spanish authorities instructs Spanish embassies and consulates to resume Civil Registration of children born via surrogacy to Spanish intended parents, according to a report by La Vanguardia. “They are our children,” Spanish Minister of Justice Alberto Ruiz-Gallardón said of the children denied citizenship since the Spanish court’s February decision.

Last year we wrote about a case in which the European Court of Human Rights condemned Italian authorities for removing a child born to Italian parents via surrogacy in Russia and putting the child into guardianship. Although the ECHR sided with the parents and fined the Italian government, it stopped short of returning the child to its parents.

For the past several years, the American Bar Association ART Committee has been working on a recommendation to the U.S. State Department, as the U.S. representative to the Hague Conference on Private International Law (“HCCH”) to address conflicts between the laws of different countries that deny children the rights of citizenship and parental protection, often destroying families in the process. In February 2016 the ABA House of Delegates, the association’s policy-making body, approved the ART Committee’s recommendation that the HCCH focus its efforts on resolving international conflicts over children’s parentage and citizenship but leave regulation of surrogacy and ART up to individual nations.

Some legal scholars have urged the HCCH to issue a Convention on children and international surrogacy similar to its Convention on the Protection of Children and Co-Operation in Respect of Intercountry Adoption ratified in 1993. But the Adoption Convention, with the best of intentions, had many negative consequences. Its rigid qualifications have created years-long delays, and some countries have all but shut down international adoptions.

The Hague Adoption Convention, the ABA’s resolution continues, “is not an appropriate model for any Convention regarding surrogacy.” Surrogacy is a “medical solution to infertility,” regardless of whether the infertility is physiological or due to the fact that intended parents are a same-sex couple or single; surrogacy is a reproductive process. Adoption is a transfer of parental rights and responsibilities for an already existing child for which the state is responsible. In surrogacy, the intended parents and surrogate agree who will be parents to the child, before the child is born. The conflicts that result in “stateless children” are between nations, not the individuals involved.

The ABA resolution urges the HCCH to focus instead on the legal status of children and comity (cross-border recognition of parental authority) and “that any such international approach should allow for cross-border recognition of parentage judgments so that the parental relationship and citizenship status of all children, no matter the circumstance of their birth, will be certain….”

The regulation of surrogacy itself is best left to each individual country based on its culture and tradition. As I wrote in 2014, “regulation of the narrow issue of the surrogacy market itself will not address the structural challenges with international parentage decisions generally.”

The practical problems with international surrogacy are grounded in conflicts of laws and comity issues surrounding parentage, family structure, nationality, and immigration. Any international surrogacy convention should focus on a framework for open dialogue between nations about the reconciliation of these conflicts, particularly when the issues are not contested by the parties involved. In the end, the conflicts of family and immigration law are the issue, not surrogacy itself. Any convention should focus on these issues rather than try to regulate surrogacy as if it were comparable to adoption.