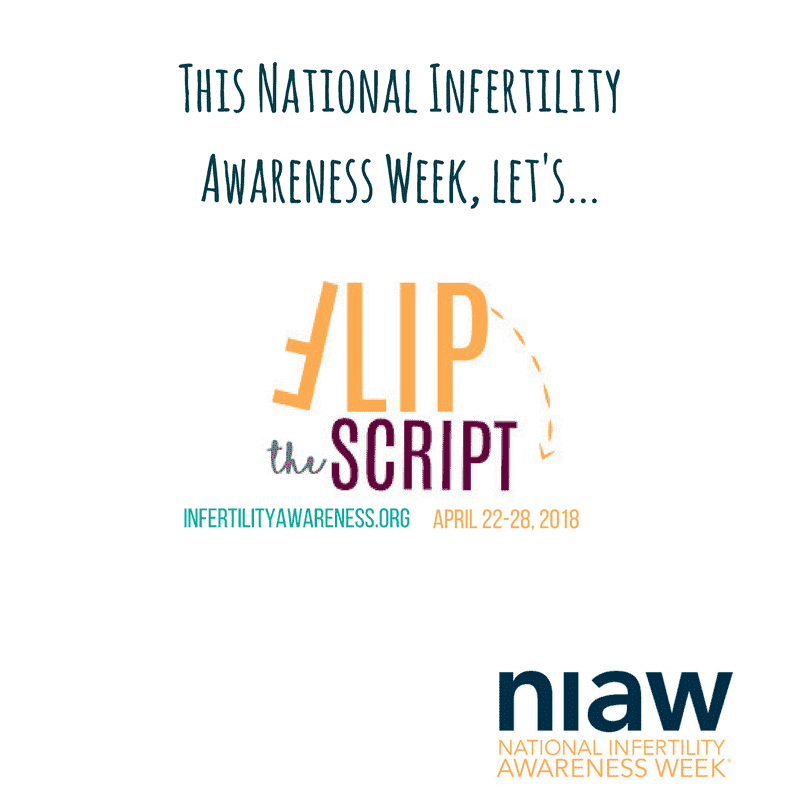 This week, April 22 through 28, is National Infertility Awareness Week (https://infertilityawareness.org/). Established by RESOLVE: The National Infertility Association in 1989, the week is a collaborative effort of consumers, legislators, advocacy organizations and fertility services professionals to raise public awareness about infertility and reproductive health. The theme for NIAW 2018 is “Flip the Script,” an invitation for people inside and outside the field of fertility services to share the stories of their infertility journeys.

Assisted reproductive technology has advanced by leaps and bounds since then, with health care policy, regulatory mechanisms and legislation continually running to catch up. Improved technology has led to improved success rates, a reduction in multiple births and increased accessibility for thousands of intended parents. Efforts such as NIAW, events such as Path2Parenthood’s annual Illuminations awards, and positive media coverage of celebrity intended parents forming families via ART have raised the visibility and removed much of the stigma from the emotional, intimate issue of fertility treatment.

We’ve come a long way since 1989. But as fertility advocate and author Rachel Gurevich wrote recently about the importance of NIAW 2018, there is still a long way to go to educate lawmakers, courts and the media and to counter dangerous misinformation.

“With infertility affecting one in eight,” Gurevich writes, “it's likely that everyone has at least one friend or family member living with infertility.”

As NIAW reminds us, “Anyone can be challenged to have a family. No matter what race, religion, sexuality or economic status you are, infertility doesn’t discriminate.” Yet, as familiar as we’ve become with headlines and TV news magazine reports on reproductive technologies such as in vitro fertilization, embryo donation, cryopreservation and surrogacy, assisted reproduction and reproductive rights continue to be targets of social and religious conservatives. As we reported recently, Arizona just passed an onerous law mandating that frozen embryos in a divorce case must be awarded to the spouse willing to bring them to birth—regardless of the wishes of the other spouse. Arizonans faced with the question of preserving embryos for future family building are now burdened with the additional consideration that any legal agreement they enter governing embryo disposition will not stand up in a court of law.

The new Arizona law is one example of the latest front in the right-wing war on reproductive rights. As the anti-choice position loses ground, conservative lawmakers are increasingly pursuing alternative paths, such as establishing the legal rights of unborn embryos via “personhood” laws and denying parentage rights to non-biologically related parents in same-sex couples.

Today those state-level efforts to undermine individuals’ reproductive rights are perhaps getting aid and comfort at the federal level. The U.S. State Department, in its first human rights report prepared under the Trump administration, has removed sections of the report on reproductive rights. As the Washington Post reported, “In what is likely to be the most controversial change, the report strips a section labeled 'reproductive rights' that outlined access to contraception and abortion, as well as maternal mortality rates, for every country. In its place is a section for each country called 'coercion in population control,' documenting involuntary or 'unethical' sterilization." This move away from discussing reproductive rights should give us all pause for concern.

In the face of such challenges, the work of reproductive advocacy organizations such as Path2Parenthood and RESOLVE remains critically important, as is that of SEEDS, the Society for Ethics in Egg Donation and Surrogacy. I am honored to celebrate NIAW2018 by participating on two panels during the SEEDS 5th Annual Spring Conference on April 28 in Costa Mesa, California.

SEEDS is a non-profit organization of U.S. surrogacy and donor agencies dedicated to developing ethical standards and best practices for the industry. I’ll be leading a discussion on what should be included in surrogacy and egg donation agency agreements. Later, colleague Michelle Keeyes, managing attorney with Reproductive Law Center, and I will provide an update on the American Bar Association’s recently adopted Model Act Governing Assisted Reproductive Technology Agencies, which provides a template for states to enact regulatory legislation. I look forward to celebrating National Infertility Awareness Week with this group of ART professionals passionate about the betterment of the field.